Home Game Guides How to Play the Roulette Minigame in Chrono Cross: The Radical Dreamers... 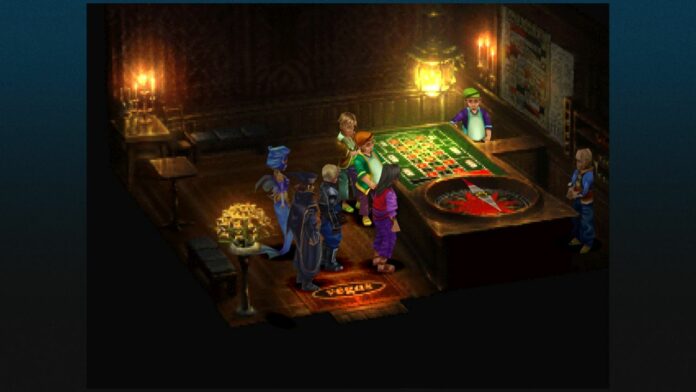 Chrono Cross: The Radical Dreamers Edition doesn’t feature as many mini-games as games released during the same console generation like Final Fantasy VII and VIII, but this doesn’t mean that it doesn’t have any.

Among the ones available in the game is the roulette minigame. Here’s how to play and what you can get for winning.

How to Play the Roulette Minigame in Chrono Cross: The Radical Dreamers Edition

The roulette minigame in Chrono Cross: The Radical Dreamers Edition can be played after completing the events in Fort Dragonia in Another World, and getting stranded in Home World. Shortly after this happens, you will have to head to the S.S.Zelbess ship, where you can find the roulette room right below the captain’s room on the first floor of the ship.

To play the game, you simply need to stand in front of the table and interact with it. To win, you will need to time your button press right so as to make the compass hit the north. To do so consistently, you will need to press the button as the compass is about to hit the south. In the original, it was possible to pause the game to make this much easier, but in the remaster, this is only possible while playing the game on PC by pressing the ESC key and entering a special menu only available in this version of the game.

Every time you win, you will double the points you have obtained so far, and you will need to win seven times in a row to get the ultimate prize, which is a Rainbow Shell. You can also get Denadorite, Mythril, Iron, and Bone for earning 10,000, 9,950-5,000, 4,950-1,000, and 950-500 points. These items can be obtained relatively easily by playing the game, so once you get the Rainbow Shells, you are pretty much done with the roulette minigame.

How to Play the Roulette Minigame in Chrono Cross: The Radical Dreamers Edition