Home Guides How to Open a Chat in Terraria 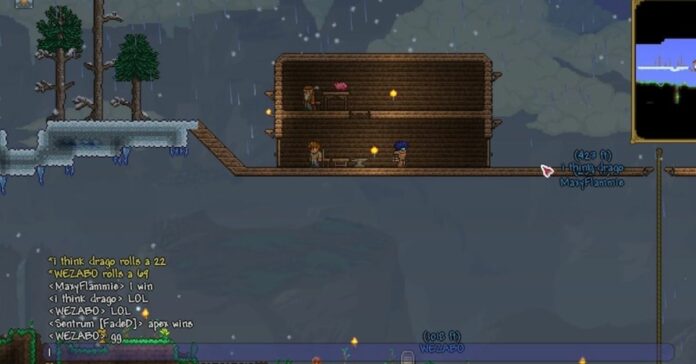 Multiplayer has entered the gaming industry very tightly. Communication among players and the community is becoming more popular, which is why players expect built-in online features from new releases. This is much more interesting than playing the game alone, therefore, a project with multiplayer content is more in demand than without it. Oftentimes, developers have to think through the interactions between players, which is chat. Therefore, in this guide, we will tell you how to open a chat in Terraria.

How Do I Open a Chat in Terraria?

Terraria supports single and multiplayer games. This means that the players have the opportunity to communicate with each other through the game chat. Unfortunately, there is no built-in voice chat in Terraria. How do I open a simple chat in the game? Using the Enter key, you can open a window in which other players communicate, and in-game events will be also displayed there.

After typing, press the Enter button again to send a message to the players.

RELATED: How to Fish in Lava in Terraria

RELATED: How to Get And Use a Golden Key in Terraria

In addition, there is an application inside the game folder TerrariaServer.exe, which allows the player to control their in-game world. But in the console, you can write commands that can be used for various purposes. Thus, the player can influence the game structure of the map. Also, some functions and parameters of the game are hidden from the players. The console will help to change the settings of the world to the ones that the administrator likes the most.