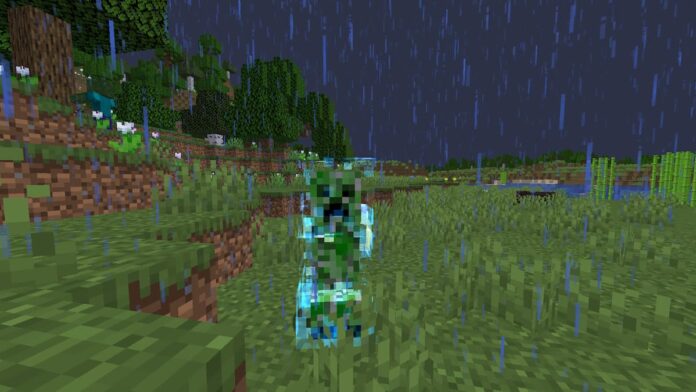 The world of Minecraft is filled with a wide variety of monsters. Out of all hostile mobs, creeper is arguably the most infamous among Minecrafters. Creeper was added to the game by mistake but quickly became an iconic mob.

Creepers have been in Minecraft for over a decade. In this long time, creepers have received many changes and features, as well as a new variation called charged creeper. Charged creepers are much more powerful and dangerous than regular creepers.

Turning a Creeper into Charged Creeper in Minecraft Bedrock

Minecraft players can throw a Channeling-enchanted trident at a creeper during thunderstorms to turn it into a charged creeper. Finding a natural spawned charged creeper is rare as it requires a lightning bolt to hit a creeper.

How is Charged Creeper Different from Normal Creeper in Minecraft Bedrock?

At first glimpse of a charged creeper, players can easily spot the unique blue lightning aura surrounding it. As apparent from its name, charged creeper packs a bigger and more destructive explosive strength compared to a normal creeper.

How to Make Charged Creeper in Minecraft Bedrock