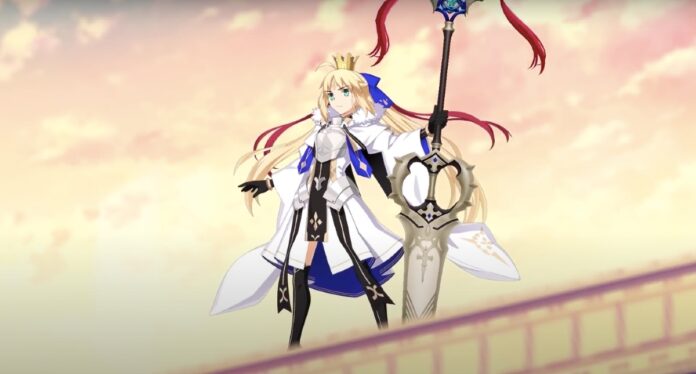 Something Fate Grand Order has yet to add to any of its versions is the chance to skip special attack animations. Players know that when it comes to farming, this can be a struggle. If you’re playing using Castoria (Caster Artoria), there is a trick to shaving some time off her farming runs. Ironically, the secret is pretty obvious. This is how to make Castoria farm faster in Fate Grand Order.

Have you ever noticed that a lot of the time Castorias in support are set to their first or second ascension? At first glance, one might assume this is simply because the player likes those skins better than the third one. This is actually not the case, rather Castoria is usually set to those forms because the animations for her first and second ascension are shorter than her third.

In Fate Grand Order, most characters get different outfits as they level up unless it is a free event character. Rare characters usually have animations that change with the different forms, becoming more elaborate the stronger they get. This is a double-edged sword because, on one hand, rare characters should have something special but at the same time, it can make farming difficult.

How To Increase Farming Efficiency With Castoria

To maximize your farming speed runs, all you have to do is make sure that Castoria is set to her first or second form. You should make sure the settings are the same in support in order to make things easier for other players as well. You can also maximize farming by strengthening characters with servant coins.

When tested with a stopwatch, we found there was indeed a multisecond difference between Castoria’s early-level animations versus her third ascension, proving that it’s faster to farm with her if you use the first and third ascensions.

Since the North American version of the game is currently knee-deep into Scathach Fest, this tip will be essential for everyone doing hardcore farming. Shaving time off runs will mean more rewards for you, and maximizing Castoria’s power in the long run. With this advice, your gameplay will be much easier!

How To Make Castoria Farm Faster In Fate Grand Order