Home Guides How to get (unlock) Napalm Scorestreak in Call of Duty: Mobile

Napalm is the latest scorestreak in Call of Duty: Mobile that arrived with the Season 2 update. Earlier, the new Napalm scorestreak was also made available to the Public Test Server. After a month of testing, it has finally been introduced in the global version of COD Mobile.

How to unlock Napalm Scorestreak in COD Mobile

Players can get the new Napalm Scorestreak after reaching Tier 14 in the COD Mobile Season 2 Battle Pass. Like always, it is included in the free version of the BP. In order to level up in Battle Pass, players would need a ton of XP which can be obtained by playing matches, completing challenges and participating in the events.

The players are strongly recommended to complete the seasonal challenges and participate in featured events in order to reach the 14th Tier quickly in Call of Duty: Mobile.

In Call of Duty: Mobile every scorestreak comes with a special ability and the same is true in the case with Napalm Scorestreak.

The Napalm scorestreak allows you to call a plane, which will fire down continuously from the sky. Before you activate it, it’s essential to choose the flight path of the plane. The plane will then fly on the planned route and drop the napalm bombs along the way. The fire from the napalm will also help you to block the enemy’s vision with its smoke.

Related: How to get AS VAL firearm in COD Mobile | Touch, Tap, Play 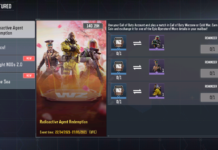 How to get Warzone coin in COD Mobile 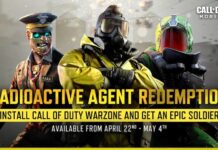 Radioactive Agent Redemption Event in COD Mobile: All you need to know 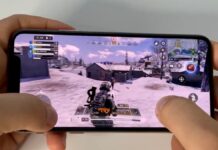 How to get Lightweight Perk in COD Mobile Season 2