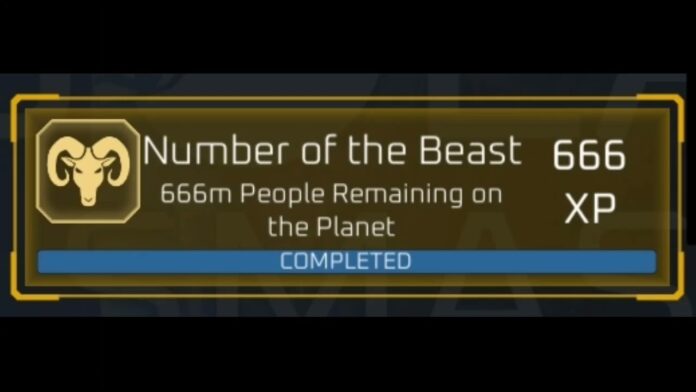 Solar Smash is an incredibly fun planet destruction simulator. Players must destroy planets such as Earth, Mars, Saturn, etc. And for this, they can use a different arsenal of space weapons, and even send space monsters.

Fortunately, all weapons are available at once, so you can enjoy destroying planets and their inhabitants. And to make the gameplay more interesting, the developers have added various Achievements. And in this guide, we will tell you how to get 666m Achievement.

How to Get the 666m Achievement

There are many different Achievements in Solar Smash. Some are very simple, for example, you just need to destroy the planet. But there are also quite complex ones that are difficult to guess. And 666m Achievement, also known as Number of the Beast is one of the most difficult.

All you have to do to get this Achievement is to keep 666 million people alive. At first glance, this may seem like a simple task, but in reality, it is not. Most of the weapons in Solar Smash destroy huge areas or even half of the planet. Therefore, you need to choose a weapon that is easy to control.

We recommend using the Laser to get the Number of the Beast Achievement. It is also better to choose to destroy the planet from Alpha Centauri, called Machine World. Even though this planet has an energy shield, it is quite easy to destroy it.

Use Gauss Cannon to destroy the shield, and then the core that generates it. After that, select the Laser and set it to the minimum power. To do this, click on the gear icon in the lower right corner and set it to 0.5. Next, you need to carefully shoot the laser at the surface until the counter of living people becomes 666.

Related: How to Use Locusts in Solar Smash

The Number of the Beast is a fairly simple Achievement if you know what weapon to use. Also, you will need a few attempts, as you can easily kill more people than you need. But following our advice, you will succeed.

How to Get the 666m Achievement in Solar Smash