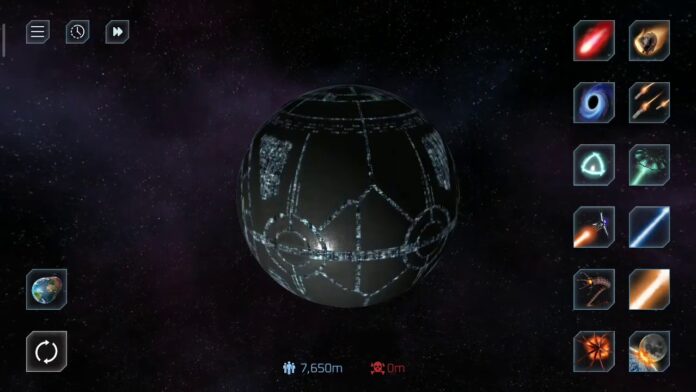 Solar Smash is an addicting space god simulator. Players can destroy different planets using different space weapons. You can even launch a huge asteroid into the planet. But some planets have a Shield that protects them from outside attacks. And in this guide, we will talk about how to activate it.

How to Activate the Planet Shield

Previously, players could attack a planet using a laser, and then return it to its original state. And after repeating these actions, the planet acquired a powerful energy Shield that protected from all attacks. But unfortunately, this glitch was removed in the latest updates. And now only one planet has such a Shield, this is Machine World.

This planet looks very technological, and instead of the usual core, it has a Dyson Sphere inside it. It is this powerful device that creates an almost impenetrable energy Shield. If you want to destroy him, then you need at least three Planet Killers. But you can also use Lazer, although it will take a while.

In the solar system, you can summon a small energy Shield for the planets, but it is much weaker than the Shield of the Machine World planet.

When its durability reaches zero, the Shield disappears, but it will be restored if the companion creating the Shield remains intact. However, if the satellite is destroyed, then you will have to call the Shield again. Also, you will not be able to summon many companions to one place. To summon the Shield, simply select it in the weapon selector and tap on the place on the planet that you want to protect.

How to Activate the Planet Shield in Solar Smash