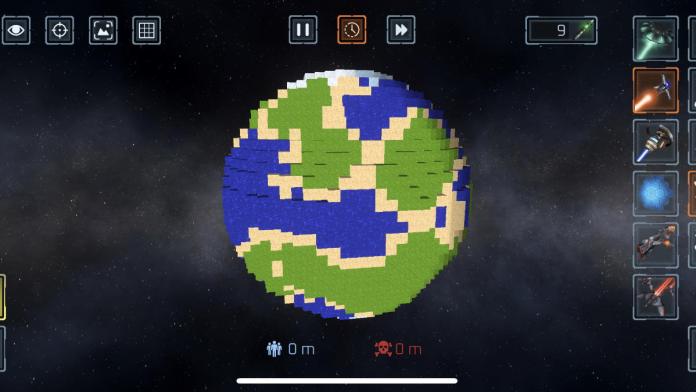 Solar Smash is a sandbox voxel game where you get to destroy planets using powerful tools of destruction. Create a black hole to vaporize a planet into nothingness, launch massive nukes, or just blast planets with a giant laser—the choice is yours! Today, we’ll talk about the secret planet you can unlock in our Solar Smash secret planets guide on how to get all secret planets!

How to Get All Secret Planets in Solar Smash

The Flat Earth layout is a disc-shaped Earth that is almost completely flat, save for the bottom craggy part. To unlock this planet, you’ll need to use the Laser weapon set to 5 strength, then shave off the top and bottom halves of Earth. Once you have only the middle portion of Earth remaining, reset the planet, and you should unlock Flat Earth.

The Donut Earth layout is a fun donut-shaped Earth! To unlock the Donut Earth, you need to do the same thing you did with the Flat Earth, but not as much. Shave off the top and bottom halves of the earth, but leave more of the middle portion than before. Now, you need to cut out a circle in the middle of the Earth. Reset and you’ve got yourself a donut!

Related | How to Get the Donut Earth in Solar Smash

The Cube Earth is a perfect block, making the Earth look like it’s in Minecraft. To unlock the Cube Earth, open your grid settings and set the X, Y, Z values to the middle, then lower each one by one notch. You can’t see the grid yet, but don’t worry—it’s in the middle of the Earth.

Now all you need to do is destroy the remainder of the Earth. Everything inside the blue grid is protected, so don’t worry about holding back! This is important because you want the cube to be as flat as possible, so go crazy with your tools of destruction. Once you have the perfect cube, reset the planet, and you should unlock Cube Earth.

Just in time for the holidays, you can turn your planet into a giant snowman! It’s easy to unlock the snowman, as all you need to do is use the Freeze Ray and make sure every inch of Earth is covered in ice. Reset the planet, and now you should be able to choose snowman from the Unknown System category.

To unlock the spectral Ghost World, you’ll need to assault Earth with a million blows. Under the monster tab, choose the purple ghost weapon, then simply punch the Earth to smithereens. Once you see an achievement notification for punching the Earth to bits, you’ve unlocked the Ghost Planet!

You can turn the Earth into a pumpkin if you’re feeling spooky! Use the Planet Killer—found in the UFO tab, the second weapon from the top—and fire it anywhere on Earth. The beam will heat up the core of the Earth, causing it to explode after a few seconds.

You’ll need some good timing for this part. What you need to do is wait until the Earth is about to explode, then reset. When the Earth has turned almost completely bright orange, that is your cue to reset. If you do it right, you’ll unlock Trick or Treat!

In the mood for something that will satisfy your sweet tooth? We’ve got just the planet for you! You’ll need the Snowman for this, so if you haven’t already unlocked it, scroll up for instructions.

If you’re a fan of Minecraft, you’ll appreciate this next planet! To get the top secret Blockworld, you’ll need the Cube Earth, so scroll up for instructions on how to unlock it.

Those are all the secret planets in Solar Smash. If you have any other questions, let us know in the comments below!