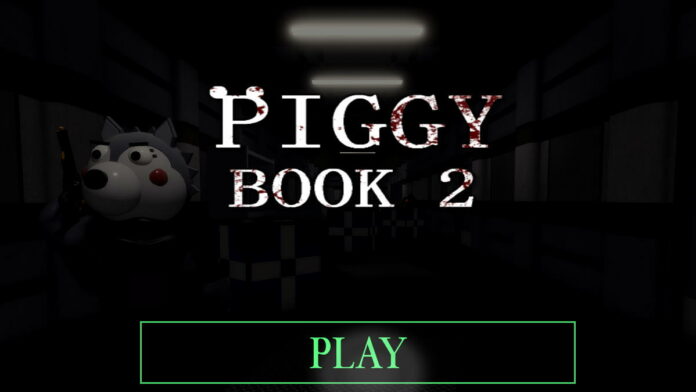 Piggy is a popular horror adventure game on Roblox. With the addition of Book 2, the game’s story has now finally come to a close, if you can achieve the true ending, that is! The final chapter of Book 2 contains a hidden ending, which is also referred to as the true ending of the entire Piggy storyline. Today, we’ll show you how to get Piggy Book 2 chapter 12 true ending!

Before we begin, there are a few prerequisites and rules you should know before you start this lengthy process.

Once you know all these tidbits, let’s start working towards that hidden ending!

First off, you’ll need to start a game on chapter 9, the Docks, on any mode. Your crew makes it to the Docks, and Pony helps you find a way to the surface. You must complete the level without Pony getting hit at all before you can move onto the next step.

An easy way to do this is to set the Piggy mode to just Player, and bring a friend with you on a private server. Once you or your friend takes control of Piggy, simply just stay in one place, and you don’t have to worry about Pony getting hit.

Start a game on chapter 11, the Camp, on Swarm mode. Proceed through the level as normal, and when the blue door is unlocked, there should be a keypad inside.

Enter the code 467854, then hit the green button. You should get a message saying that the passcode was accepted, and now you can either finish the level normally or just die.

Start a game on chapter 12, the Lab, on Bot mode. Move fast on this level, as you need to get through these steps with at least 1:50 left on the clock. Quickly scramble to find a Wrench, which has three spawn spots.

One is near the orange key card door, another is at the bottom of the blue key card room, and the last one is on a shelf near the Piggy spawn.

Once you have the wrench, you’ll need to look across the entire Lab for four vents that can be removed with the wrench. They’re located at:

There will be a number behind each vent, and the numbers are randomized every game, so your solution will be different from others. Once you have all four numbers, go to the giant keypad with the strange symbols on it.

You want to punch in the numbers in the order from closest to farthest from the keypad. The order should be:

In order to input the numbers correctly, you need to use the cypher, which translates the numbers into the strange symbols. Here’s the cypher, fully translated thanks to YouTuber TheCreepyHeadphones.

If you get it right, you’ll see “passcode accepted” pop up on the keypad. If it’s wrong, but you’re sure you have the correct symbols, try reversing the order in which you put the numbers in.

If you were fast enough and managed to reach this point with at least 1:50 left on the clock, you’ll be automatically taken to the next step. Don’t worry if you didn’t make it, as you can simply restart the chapter with newfound knowledge on how to get through it faster.

You will be put through a series of puzzle rooms that contain puzzles from earlier chapters, and we’ll walk you through each one. Just be careful, as you have a strict time limit, so move quickly!

In the first room, you’ll see sets of monitors along the wall, with a number in one of them from the Alleys. The monitor with the number represents the position of the number in the three-digit code, so get all the numbers and punch them into the keypad.

In the third room, you’ll recognize the rotating stone pillar puzzle from the Docks. Simply match the Roman numerals with the correct layer of the stone pillar, as indicated by the pillars on the wall.

In the fourth room, the rotating disc puzzle from the Temple returns. You’ll see slabs with four symbols on them scattered across the walls. The symbol on the very end of each slab represents what part of the disc the other symbols are supposed to line up with, so match them all to open the way forward.

In the fifth room, the light circle puzzle from the Camp returns. You need to make all the circles light up by clicking on them. Most players like to just brute force this puzzle, but you can actually solve it by clicking on the buttons highlighted in red on the wall.

The way forward is open, and now it’s time for the final showdown!

You’ll be transported to a dream-like maze. TIO will be chasing you here, so stay on your toes and be swift. Look for a pink room, and grab the Wooden Sword. Now, look around for a city room, and you’ll see Pony on the ground, pinned by his father.

Give the Wooden Sword to Pony, and he’ll fight off his father. There’s a bench nearby with the Baseball Bat on it, so grab that and return to the maze.

Look for a room with Georgie hanging from a ledge. Give him the Baseball Bat, and he’ll be able to fend off the infected and pull himself up. There’s another bench with a Pipe on it.

Go back to the pink room, which is actually Zizzy’s room, and give Zee the Pipe. She’ll be able to take down the infected Zizzy. A staircase leading to the second floor will appear in the maze, but before you go up, make sure to grab the Carrot which should be sitting on a bench.

There are three more characters up here that you need to help, but be careful as there are also traps and two Sentinels wandering around. Look around, and you should find a room with Bunny in it, so give her the Carrot.

Every time you give an item to a character, they will advance forward and damage TIO. Once you help all three characters, TIO is defeated, and a cutscene will play. Congratulations—you’ve achieved the hidden ending of Book 2, and the true ending to the entire Piggy series!

Sit back and enjoy the cutscene as the main story of Piggy is wrapped up. If you have any other questions or tips about the true ending of Piggy book 2 chapter 12, let us know in the comments below!

How to Get Piggy Book 2 Chapter 12 True Ending