Home Guides How to Get Meteorite Ore in Terraria 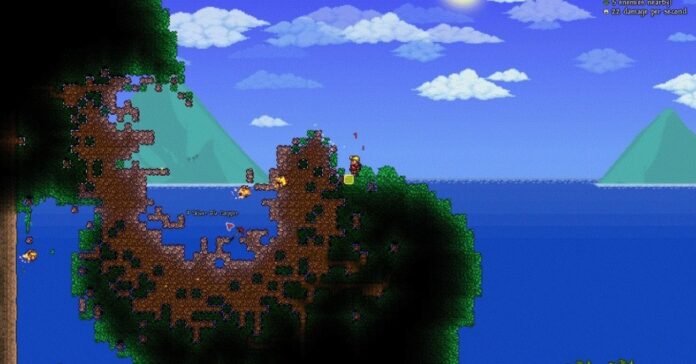 Meteorite Ore in Terraria is the ore that can be dug from a meteorite. This meteorite can fall on a random section of the map. The ore is used to craft a meteorite ingot, which, in turn, is needed to craft various items. Therefore, in this guide, we will tell you how to get meteorite ore in Terraria.

Where to Find Meteorite Ore in Terraria

A meteorite impact site is formed after a meteor collides with the earth’s surface. A meteorite falls after the destruction of a shadow orb or a living heart with a 50% probability (the Eater of Worlds / Brain of Cthulhu should be killed for this). It can fall anywhere, including floating islands, an abyss, a dungeon, and even the bottom of the ocean.

The meteorite will fall with a 50% chance the next midnight after defeating the Eater of Worlds or the Brain of Cthulhu, or immediately if the Orb is broken between midnight and dawn. Also, every night there is a 2% chance of a meteorite falling if at least one Orb was broken in the world.

RELATED: How to Get a Light Disc in Terraria

A meteorite will not fall if there are a number of meteorite ore blocks at an altitude greater than zero. Maximum values are the following:

Meteorite ore can be mined with a pickaxe with a power of 50% (tungsten pickaxe) and above. Also, with some chance, this ore drops from meteorite heads. If the player touches the meteorite ore, the debuff Burning will be applied. The Obsidian Skull and similar accessories protect the player from its effects.