Home Game Guides How to Get Ghostface Cosmetics in Among Us 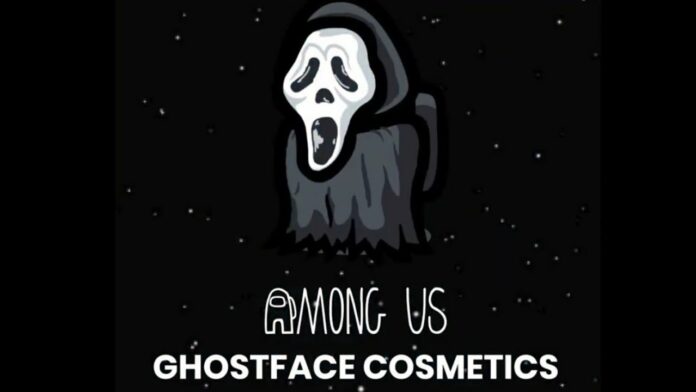 A new collaboration is coming to Among Us, giving players a chance to unlock the Ghostface skin in the game. The developers have come out with a roadmap for the game in 2022 and have designed various new content updates, including friends lists, collabs, new roles, and more cubes. Innersloth has a lot of collaborations in the pipeline for this year and the first of these are with the Scream franchise to publicize the release of Scream 2022.

The Among Us x Scream collaboration is giving players a new skin. Here’s how players can unlock it.

How to Get Ghostface Cosmetics in Among Us

In order to unlock the Ghostface skin in Among Us, players will need to wait for the skin to release in the game. While the collaboration has been confirmed by the Scream and Among Us social media pages, we still don’t have a release date for the collab. The Among Us x Scream collaboration will bring the Ghostface Mask and Ghostface Weapon to the game.

RELATED – Can I Install Mods in Among Us Mobile (IOS and Android)? Answered

The original Tweet was posted on January 14 on Scream’s official Twitter account, so we might see the skin’s release any time now. Another thing unknown is the in-game requirement to unlock the skin. Seeing that the movie came out a few days ago, we might see the collaboration very soon. Players should keep an eye on the Among Us social media pages for more details.

RELATED – How to Pre-Order Among Us Nendoroids

Among Us is available now on iOS, Android, PC, Nintendo Switch, PlayStation 4, PlayStation 5, Xbox One, and Xbox Series X.

How to Get Ghostface Cosmetics in Among Us