Home Guides How to Get an Enchanted Sword in Terraria 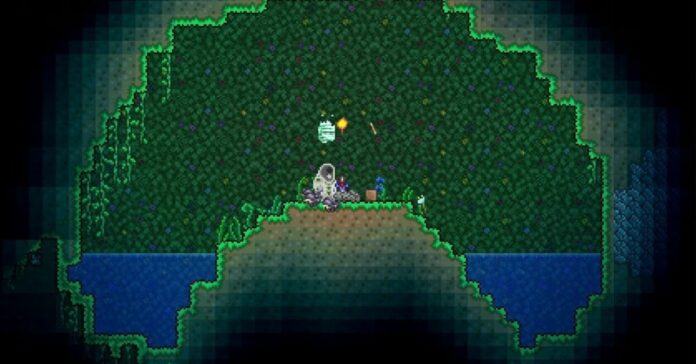 The Enchanted Sword in Terraria was introduced in Update 1.2. This sword cannot be obtained by crafting or after killing any boss, which makes this sword more desirable for both ordinary players and hardcore fans of Terraria. The enchanted sword is similar to most swords in the game, it has excellent attack speed, the ability to fire shots, and auto-attack. Therefore, in this guide, we will tell you how to get this sword.

How Can I Find The Enchanted Sword in Terraria?

In version 1.2, the enchanted sword could be found in caves. But with the release of update 1.3, the sword can only be found in a place called the Enchanted Sword Shrine. It can be found by a small rift in the ground. It is usually not very deep. It depends on your luck how fast you will find it. You can find the rift by running through the forest. The chance of its appearing is 1/4.

RELATED: The Strongest Weapon in Terraria, and How to Get It

After the break is found, you need to go down, and there you will find a shrine in which the handle of the sword will be seen. Also, with a probability of 1/3, a True Enchanted sword may be in the stone. But with a probability of 2/3, instead of the original, it may turn out to be a fake, which, at the first attack with a pickaxe, crumbles and leaves the player with nothing.

There is also a 1/10 chance that there will be another sword in the stone called “Arkhalis,” which was named after one of the developers named Arkhalis’a. This sword has fewer characteristics than the Enchanted sword, but the rarity is much higher, so it will become a worthy piece if you collect items in Terraria.

Both swords are good in their own way, and finding one of them is considered a great success.