Home Guides How to Get a Terraprisma in Terraria 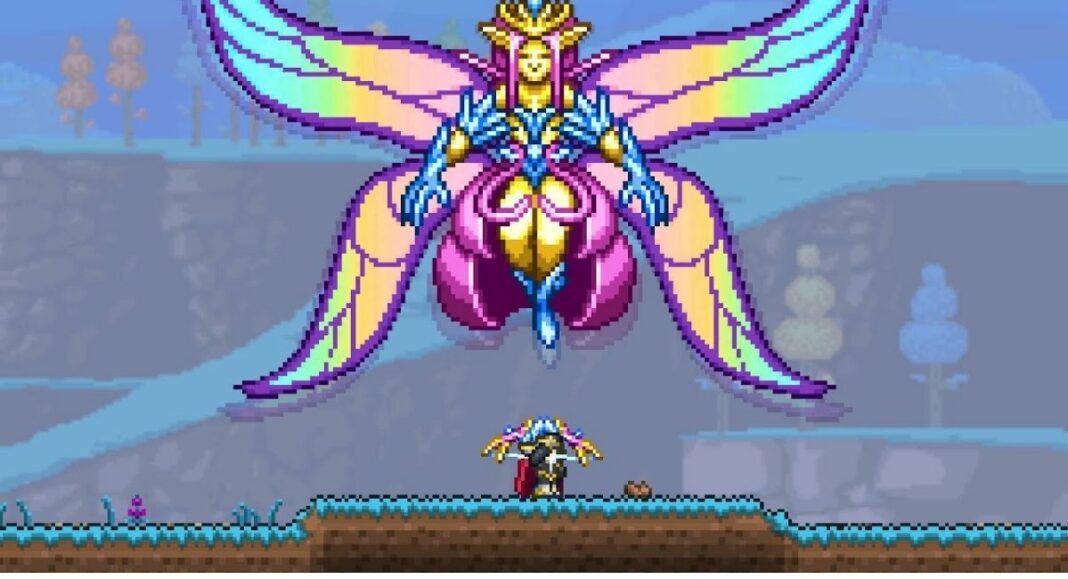 The Terraprisma is one of the twenty-six summon weapons in Terraria that aid players in battle as a partner. Once players summon a Terraprisma, the weapon will automatically attack the nearby enemies. In terms of stats, the Terraprisma deals great summon damage. However, it lacks knockback.

Related | How to Get a Fishing Rod in Terraria

In this article, we will talk about how exactly players can get the Terraprisma summon weapon in Terraria.

How to Get a Terraprisma

Just make sure you deal 100% damage at daytime and the Empress of Light will drop the Terraprisma weapon.

Related | How to Get a DPS Meter in Terraria

For players who are not aware of when and where to find the Empress of Light – she is a Hardmode boss whom players can battle in The Hallow area, as soon as Plantera boss is defeated.

She is one of the difficult bosses in Terraria. So be cautious. Make sure you have a decent amount of HP and Mana potions, good weapons, and other things that will help you survive and win the battle.

That’s it for now. While you are here, read our guide on how to get Blindfold in Terraria.