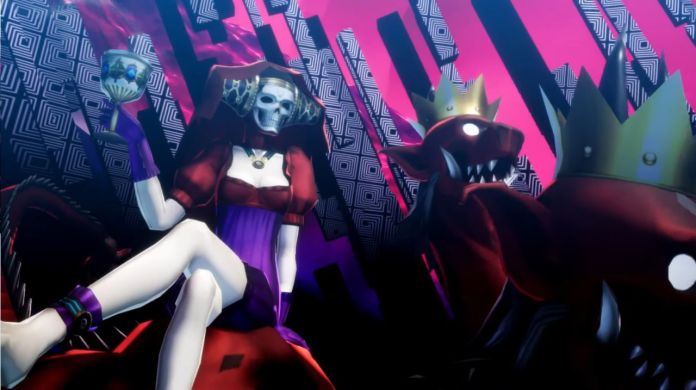 Shin Megami Tensei V features many callbacks to Shin Megami Tensei III Nocturne, but if you’re a true fan of the third entry in the series, you need to get the Return of the True Demon DLC, which allow you to battle the Fiends and unlock their Special Fusions.

Among the Fiends is the dreadful Mother Harlot. Here’s how to fuse her and which skills she learns.

How to Fuse Mother Harlot in Shin Megami Tensei V

Like for every other Fiend included in the Return of the True Demon expansion, you will first have to beat Mother Harlot in combat before you can fuse her. She can be found to the northeast of the Shonobazu Pond Leyline Fount in the Taito Ward. This battle can be challenging, considering she is at Level 64, so make sure you are at a suitable high level yourself.

After defeating Mother Harlot, you can get her by fusing Pale Rider, Ishtar, and Legion.

Mother Harlot is an extremely solid demon to get, as she is capable of resisting in some capacity five of the seven elements in the game. She repels Physical, drains Electricity and resists Fire, Light, and Dark. She is weak against Force, so take care when fighting against demons that use the Zan family of skills.

Below, you will find all the skills Mother Harlot can learn.

How to Fuse Mother Harlot in Shin Megami Tensei V