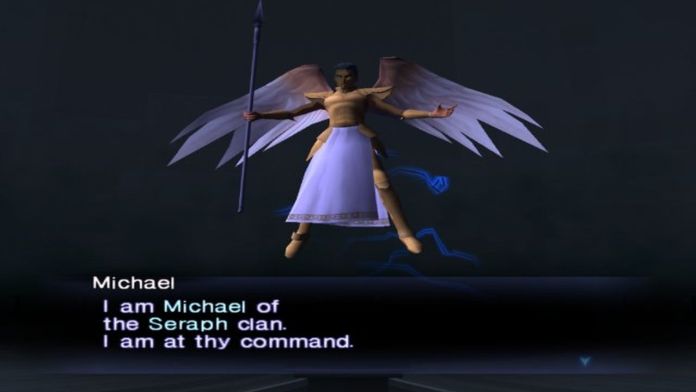 Despite being called demons, not all creatures that can join your party in Shin Megami Tensei III Nocturne HD Remaster are evil. Outside of the special party members Dante and Raidou Kuzonoha, who are anything but evil, you can get the four Seraphs to join your party and unleash their righteous fury in the Vortex World.

Here’s how to fuse Michael, the most powerful of the Seraphs.

Michael cannot be made to join your party via Demon Negotiation, so the only option left to you to enlist the help of the most powerful Seraph around is Demon Fusion. To fuse Michael, first, you will need to reach the point in the story where Baal awakens in Mifunashiro Shrine. Once this is done, you will need to fuse the Seraph Gabriel, have a Full Moon phase, head to the Cathedral of Shadows and start a Sacrificial Fusion using Gabriel, Uriel, and Raphael. It doesn’t matter who is the demon that gets sacrificed, as the end result will always be Michael.

With his very high Strength and Magic, Michael can be great at both physical and magical offense. His skills, however, only include a single Magic attack, so you will need to make him inherit skills from the other Seraphs in case you want him to become a magical powerhouse.