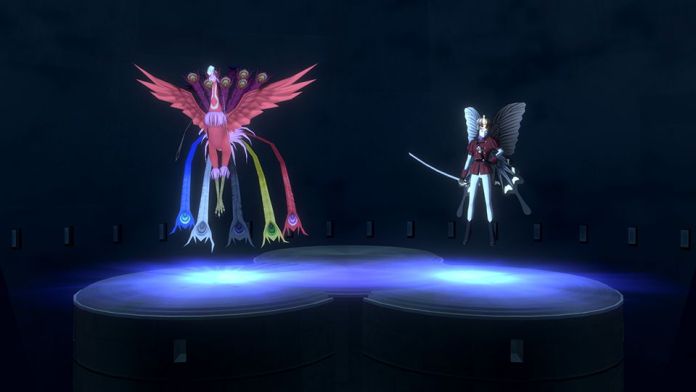 Talking and negotiating with demons isn’t the only way in Shin Megami Tensei III Nocturne HD Remaster to make them join your party. Fairly early in the game, you will be able to unlock the Cathedral of Shadows, where you are able to fuse two demons together to get a more powerful one that can also inherit some of the skills of the two demons used in the fusion.

As mentioned above, you need to unlock the Cathedral of Shadows to be able to fuse demons together. The facility is unlocked once you first reach Shibuya, so pretty early in the game.

Once you can access the Cathedral of Shadows, you can pick two demons to fuse together to create a new one. Not all demons can be fused, however, depending on their race, but the game makes this clear in the interface, so there is no risk of sacrificing two demons to get absolutely nothing in return. Once you have picked the two demons to fuse together, you will be asked which skills you want the new demon to inherit. Depending on the demon, not all skills can be inherited, so keep your party composition in mind, and their skills, before committing to a fusion.

Element Fusion requires one demon and one of the elemental spirits. With this fusion, you are basically able to rank up your current demon by creating another belonging to the same race, meaning that you are likely to get demons whose level is higher than yours.

Mitama Fusion, on the other hand, doesn’t produce another demon, but powers up the demon used in the fusion with one of the Mitama. This is a great way to make low-level demons viable at later stages of the game.

Sacrificial Fusion is a special fusion that can only be accessed with a full Kagutsuchi. When attempting to fuse demons at this time, you will be asked if you want to use a third demon, which will power up further the resulting demon and possibly even result in a completely different demon than anticipated.

Deathstone Fusion is a very unique type of Demon Fusion that only becomes available if you have a Deathstone in your inventory, and the Kagutsuchi phase is the correct one for producing one of the Fiends, the powerful demons like Matador that bar your way during the regular campaign.