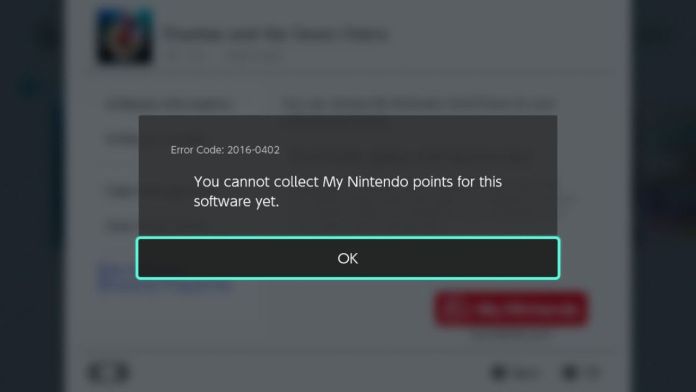 Error Code: 2016-0402, also known as “You cannot collect My Nintendo points for this software yet” is relatively rare and is problematic to solve. This error often occurs among ardent Nintendo fans, while ordinary players rarely encounter this. It is because fans play many Nintendo games, including the newest releases. At the same time, each fan strives to get the maximum of My Nintendo Points, so the problems begin.

Related: Will Nintendo Switch Sports Ever Get Basketball? Answered

We hope that our guide was helpful to you and that you were able to find the Error Code: 2016-0402 solution that works for you. These tips apply to Nintendo Switch Family, Nintendo Switch, Nintendo Switch Lite, and Nintendo Switch – OLED Models. And while you are still here, make sure to read our article on how to get Platinum Points on Nintendo.