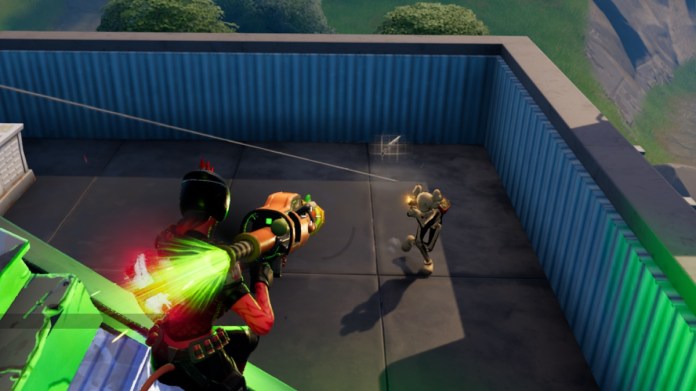 Where to Find and How to Use the Pumpkin Launcher

The Pumpkin Launcher is available in rarities Rare, Epic, and Legendary. It can be found as floor loot, and in regular and Rare Chests. It can also be purchased from Chrome Punk NPC for 600 Gold Bars, or won after battling the Inkquisitor at Grim Gables.

This rocket launcher weapon shoots out a pumpkin-headed projectile which explodes on impact. It can deal damage to players, wildlife, and structures. One rocket can be held in the chamber at a time, and reload time is around 2.5 – 3.5 seconds, depending on rarity. The damage deal also depends on rarity and ranges from 100 to 130 to players and 300 – 330 to structures.

Related: Fortnite: How to Find and Use the Howler Claws in Fortnitemares 2022

It is important to be aware of your surroundings when using the Pumpkin Launcher. If there is a structure in front of you when you fire, it could cause a lot of damage and potentially kill you. It is easiest to use when above a player so you can shoot a rocket into their space or structure.

That is all you need to know about finding and using a Pumpkin Launcher in Fortnite. Next up, why not check out all of the Fortnitemares Bonus Goals to complete during this event? Good luck!

How to Find and Use the Pumpkin Launcher in Fortnite