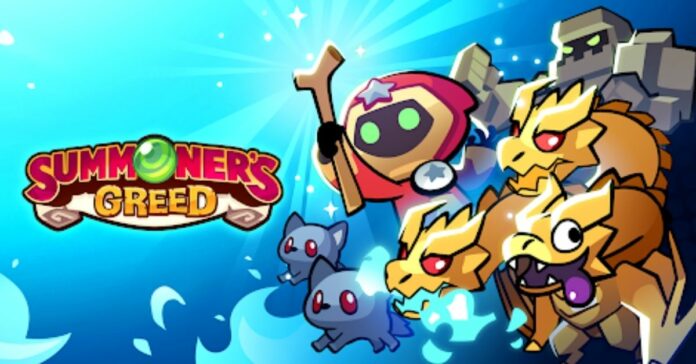 Summoner’s Greed is a free-to-play mobile TD game for Android developed by PIXIO. The possibility to evolve your monster into better forms is one of the best features in the game. This guide will tell you about the evolution function and what is needed to use it.

Evolving Monsters in Summoner’s Greed becomes available after you were gained the access to the Summoning Chamber. There you need to tap on the “Evolve” button and you will be taken to the evolution menu. It gains you an opportunity to choose the monster you want to evolve.

There are two categories of monsters that you can evolve. The categories are based on the type of gems the creature demands for evolution. You can upgrade the following monsters with Evo Gems:

You can evolve the following monsters with Tempest Gems:

How to Get Evolution Gems in Summoner’s Greed

Getting Evolution Gems is a bit challenging task. The regular Evo Gems are not so hard to farm. You will need to get access to the Master’s Challenge mode. It unlocks when you have 18 monsters in your roster. There you will be able to get the Evo Gems per each wave you’ve passed. Also, some gems are going to drop from monsters.

Getting the Tempest Gems is much harder. It drops from Ice Queen’s Tempest mode which is the most difficult challenge in the game. It unlocks after you’ve beaten Joint Revenge, and farming gems there are similar to Master’s Challenge mode.

How to Evolve Monsters in Summoner’s Greed | Monster Evolution Guide