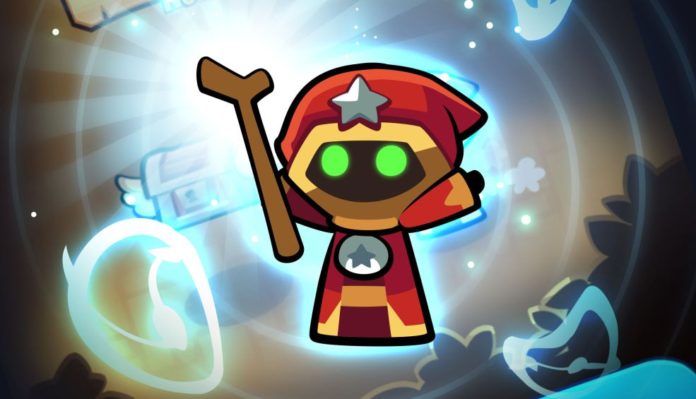 Summoner’s Greed is a charming idle tower defense game where you have to beat wave after wave of incoming enemies. Gameplay gets more difficult, but with the perfect strategy and solid monsters unlocked, it’s all doable. And that’s what we’re here to talk about: some Summoner’s Greed cheats and tips in our complete strategy guide!

Although extremely repetitive, this game is also rewarding. And the best part is that you can mostly let it run on your device while it rests on your desk and only interact with it every now and then for the most part.

So let’s not waste a single second and let’s check out below some Summoner’s Greed tips and tricks in our complete guide!

Always start from the beginning
Unless you really want to pass a specific stage and you know you can do it with the double damage offered by the ad option, then you should always restart the game from level 1.

This gives you the chance to collect a lot of gold coins along the way and, even though it can be a bit boring to go through all the stages again, it’s extremely useful. The coins are valuable and you will need buckets of them in order to level up all your monsters to their full potential.

Take advantage of the ads
Ads are usually annoying in games, but in Summoner’s Greed, they’re not that bad. You get the option to watch a video ad every now and then and you should definitely take it, especially when doing so allows you to receive free Gems or increase the coins dropped by monsters.

If you’re at a high level already, the offer that doubles your damage is extremely useful too, but otherwise… not so much. Just make sure that you take advantage of these offers to progress faster.

Monster Upgrades & level ups
One very important upgrade that you can buy from the bottom left menu is one that we saw only after reaching wave 30, and it would’ve been a lot easier with it! It’s the Monster attack boost which can be purchased twice: once with regular coins and once with Gems.

Make sure that you buy at least the first levels of each in order to get a massive overall boost early on in the game.

Afterwards, you should focus on leveling up your monsters and spells, while unlocking new ones as often as possible.

When you get the option to use 30 orbs for rare and above monsters, only go for that from that moment on because the common monsters aren’t good. Also, go for the Gem unlocks whenever you have the chance—you really need top Heroes in order to get as far as possible!

Best team set-up
Once you pass wave 30, things start to get more complicated. You’ll have to rethink your strategy and really pay attention to the monsters that you place on the limited spots, along with the ones you send into battle.

There are multiple approaches that work, but here is the line-up that we are using with a lot of success so far:

The rarer heroes are the best choices—just bring the best that you have into battle, place them to the sides of the boosters, and you’re set for a very long run in the game.

We consider heroes like Ash, Frostbite, and Teddy to be particularly good. Make sure that you place Teddy to a side, for example, to get the most effect for his skill.

Do the same with every hero you place on the board: make sure that they’re in a place where their skill can best be utilized.

Use your spells for maximum advantage
The Freeze spell is not useful for a long time, so focus your upgrades on the Fireball since a lot of damage is what’s extremely useful early on.

You should also make sure that you use the spells at the optimum time to get the most out of them. Usually, it’s best to use the spells in combination: freeze a group of enemies first, then fireball them while your other heroes are dealing massive damage as well.

Pay attention to each spell’s cooling time and try to save the spells for two important stages: the boss fights, and the ones where the massive warriors that target the rocks appear.

Now, thanks to Delta who left a comment below, here are some more tips to help you out:

If you have other Summoner’s Greed tips and tricks to share with fellow players, let us know by publishing your comment below.

Summoner’s Greed Guide: Cheats and Tips to Beat All Waves