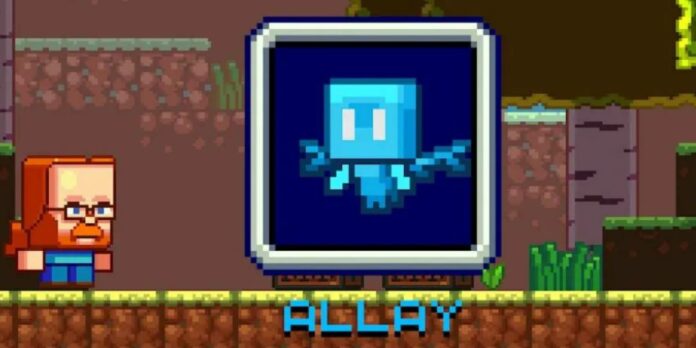 Bedrock Beta 1.19.10.22 has finally introduced allay duplication in Minecraft. Players can now get lots of these adorable flying spirits easily. Continue reading to learn about allays and how to duplicate allay in Minecraft Bedrock Edition.

How does Allay Duplication work in Minecraft?

Allay is the first mob in Minecraft to be able to create an identical copy of itself. Most other mobs make a baby variant of themselves, which eventually grows into adults. However, allays can multiply by creating exact copies of themselves.

Allays are melophile spirits in Minecraft who love listening to music played by jukebox and note blocks. To duplicate an allay, players will need the following items:

When an allay is near a jukebox playing music, it starts doing a cute dancing animation. While it is dancing, players will have to give it an amethyst shard. After obtaining an amethyst shard, the allay will play a small amethyst sound, make a heart, and then duplicate into another allay.

The duplication process is pretty easy and simple to follow. Ensure that allay is within a 10-block radius of the jukebox playing music. Otherwise, it will stop dancing and won’t duplicate. After successfully duplicating, there is a 2.5-minute cooldown before the same allay can duplicate once again.

Previously, players had to scavenge through woodland mansions and pillager outposts to find allays in Minecraft. Allay duplication is a life saver for fans of allays as they can now get multiple copies of allays using a single allay.

Related : How to Utilize the Allay in Minecraft Bedrock

How to Duplicate Allay in Minecraft Bedrock Edition