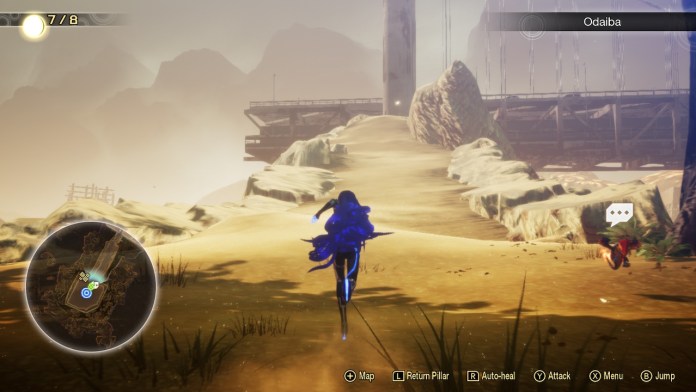 Shin Megami Tensei V features a variety of different sidequests that provide you with some very nice rewards upon completion. Some late-game sidequests, however, do more than just give you nice rewards, as completing some of them in a certain way is required to unlock the game’s secret ending.

Here’s how to complete one of these special sidequests, The Egyptian’s Fate.

The Egyptian’s Fate sidequest can be started by speaking with the Dominion found slightly to the north of the Asakusa Main Street Leyline Fount in the Taito ward. The demon’s precise location can be found on the map below.

After starting the quest, you will be able to travel to the Odaiba Leyline Fount in the Minato ward. Explore the area until the end to reach Khonsu, who will challenge you to a fight. The demon is weak against Ice and uses Fire and Light attacks, so bring the appropriate demons to make the fight a little easier. Additionally, Khonsu uses Debilitate, which heavily debuffs any demon hit by it, so bring a demon that knows Dekunda to remove the debuffs instantly.

After Khonsu has been defeated, you will be given the choice of either finishing him off or letting him live. Pick the second option to unlock another quest that must be completed to unlock the game’s secret ending, or pick the first one to unlock Khonsu’s Special Fusion.

After having made your choice, head back to the Dominion in the Taito ward to complete the quest and receive 5 small Glory Crystals and 80,000 EXP points as reward.