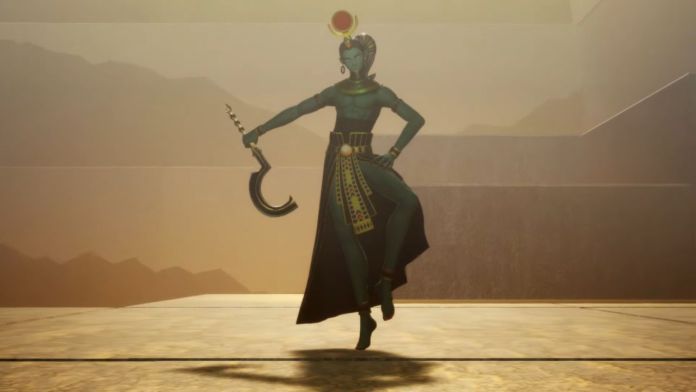 Demons aren’t the only creatures that can join the Nahobino in his quest in Shin Megami Tensei V, as many powerful deities can join his party after getting defeated and then fused via Special Fusion.

Among these deities is Khonsu, the Egyptian god of the moon and the representative of the Egyptian branch of Bethel. Here’s how to get him and which skills he can learn.

To be able to get Khonsu via Special Fusion, you will first have to defeat him in battle. Unlike the representatives of other Bethel branches, who you will have to fight to move the story forward, you are not required to fight Khonsu to complete the game. If you want to fight and unlock the Egyptian deity, you will have to take on the late game The Egyptian’s Fate subquest.

After defeating Khonsu, you will be able to get him by fusing Chernobog, Isis and Anubis.

Being a late-game demon, Khonsu is a very good demon that can handle multiple skill types well. He also has decent resistance, as he can resist Fire and null Light. He is weak to Ice, so be careful when fighting enemies that use Bufu skills and the like.

As already mentioned, Khonsu is good at using a variety of skills, thanks to his skill proficiencies. With +3 in Physical, +4 in Fire, +5 in Light and +3 in Support, Khonsu can be built in several different ways and still be quite effective. His -5 in Ice, however, makes him very bad at using Ice skills, so avoid making him learn those: it would be a waste of skill slot.

Below, you can fight all the skills Khonsu learns.