Home Game Guides How to build an XP Farm in Minecraft 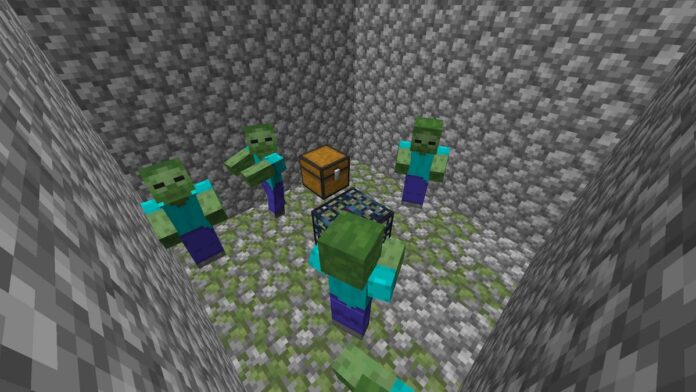 Like many other video games, Minecraft also has a leveling system. Players can increase their levels by gathering experience orbs. Experience points are used as a resource for repairing items, applying enchantments, naming items, and more.

There are many methods for obtaining experience points in Minecraft, such as completing advancements, breeding mobs, mining ores, smelting items, and more. The best way to gain XP is through slaying monsters.

Players can create mob XP farms to have an infinite source of experience orbs. There are many mob farm designs, but most can be complicated. In this article, players can learn about a simple and easy-to-build XP farm based on mob spawners.

Also Read | How to Make an Enderman Farm in Minecraft Bedrock

Spawners are rare blocks that spawn mobs whenever a player is within a 16-block radius. Players can find naturally generated spawner blocks of the following mobs in Minecraft:

Before starting to build this farm, please gather all of the following items:

The first step would be finding a zombie/skeleton spawner. After discovering a zombie or skeleton spawner, dig out the area and create a room of size 4x4x7 with the spawner block at its center. Then dig a 15-block deep hole in the middle of the floor, leading to a killing chamber.

Place a block of water in each corner of the floor. Mobs spawned by the spawner block will fall into the water and drop through the chute. Because of fall damage, mobs will have low health and thus allowing players to kill them with just a single hit.

For a detailed step-by-step guide, players can watch the above tutorial video by YouTuber OinkOink. This farm design works in both Minecraft Bedrock and Java Edition.

Also Read | How to Make Charged Creeper in Minecraft Bedrock

How to build an XP Farm in Minecraft