Home Game Guides How much Damage does the Warden do in Minecraft Bedrock Edition? 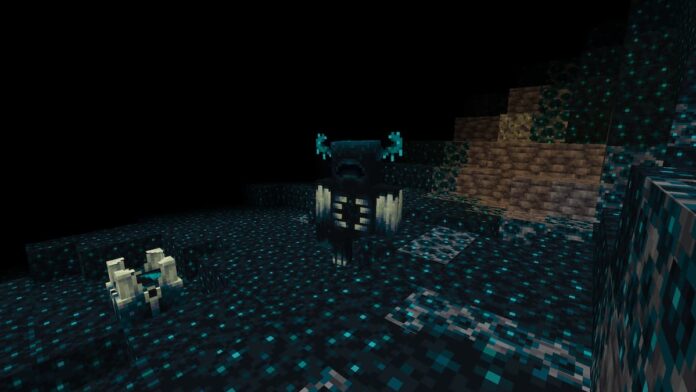 So far, boss monsters used to be the most feared mobs in Minecraft. But the introduction of the Warden will add something much more frightening and powerful than the Wither and the Ender Dragon. The Warden is a new hostile mob coming to Minecraft with The Wild Update.

The Warden is the most dangerous and lethal mob in Minecraft. When the Warden was first revealed at Minecraft Live 2020, it was shown killing a player covered in Netherite armor with just a couple of hits.

In this article, we look at the Warden’s attacking strength in Minecraft Bedrock Edition.

Related | How to Distract the Warden in Minecraft The Wild Update

The Warden has two types of attacks: melee and ranged, and both attacks are equally deadly and powerful enough to kill any mob or player. When an enemy becomes unreachable, the Warden uses Sonic Boom, a ranged attack, to hit them.

Like other mobs, the Warden’s attack strength depends on the difficulty level. Here is how much damage the Warden can do in one attack based on difficulty:

How much Damage does the Warden do in Minecraft Bedrock Edition?