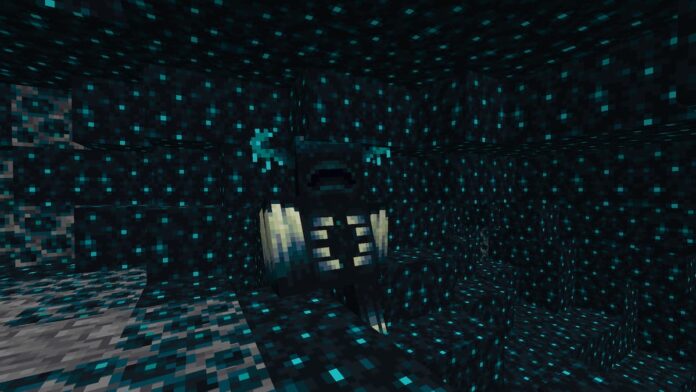 Minecraft’s upcoming major update, titled The Wild Update, will finally introduce the highly anticipated warden mob. It is the first blind hostile mob in the entire game. As a result of its blindness, the Warden has developed intriguing mechanics to locate its enemies, like hearing vibrations.

By surviving in the deepest and darkest area of Minecraft, the Warden has become a monster incarnate who can deal explosive damage to every mob or player. Ultimately, the Warden is a blind mob and can be avoided if players stay wary of their surroundings while exploring deep dark caves.

The Warden only emerges if the sculk shrieker is activated multiple times. If, by mistake, players end up summoning the Warden, there are a few ways to distract it and make a successful escape.

Minecraft The Wild Update: How to Distract the Warden

When the Warden emerges out of the ground, it doesn’t start attacking the player instantly. Players still have a chance to run away from the Warden. But be careful, as making any sound will cause the Warden to detect your presence.

As the Warden locates enemies using sounds, players can use projectiles to create vibrations far from their location. Doing so will cause the Warden to move towards the sound source. Meanwhile, players will have to steadily move away from the Warden by sneaking to avoid making footstep noises.

Players can use throwable projectiles like snowballs and arrows to distract the Warden in Minecraft. If players run out of arrows, loot chests in ancient cities can have snowballs. If the Warden is left undisturbed for 60 seconds, it will dig back into the ground. After distracting the Warden, players only have to stay still and far for a minute to avoid the horror.

Also Read | How to Summon the Warden in Minecraft Bedrock

How to Distract the Warden in Minecraft The Wild Update