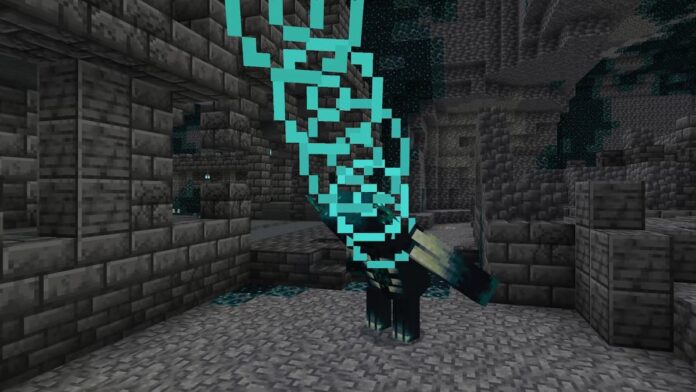 Deep dark caves and the Warden were announced to release with the Caves & Cliffs update but ended up getting delayed due to Coronavirus. The monstrous Warden is finally ready to arrive with The Wild Update.

Being a blind mob, the Warden has developed powerful techniques to attack anybody who approaches the deep dark caves. Recently, Mojang added a Sonic Boom attack to the Warden’s arsenal that allows it to attack enemies hidden behind blocks or at unreachable heights.

Related | Warden vs. Ender Dragon: Who is stronger in Minecraft?

When the Warden was initially added to snapshots and beta versions, it only had melee attacks. This allowed players to escape the monster by digging into walls or towering up and hitting it with projectiles.

Mojang wants the Warden to be some form of calamity that forces the player to run away from deep dark caves instead of exploring its secrets. To make the Warden more dangerous, developers gave it a ranged attack called Sonic Boom.

When the Warden’s target becomes unreachable, it launches a sonic boom attack projected outside its core towards the target. This attack can pass through blocks and deal knockback damage enough to kill a player covered in Netherite with only two strikes.

Sonic Boom attack also disables the shield for five seconds. The only way to escape fom Sonic Boom is to get far away from the Warden. Developers are trying their best to make the Warden undefeatable. Nonetheless, there will always be players who would challenge the horror of deep dark caves and return alive.

Also Read | How to Summon the Warden in Minecraft Bedrock

Guide to the Warden’s Sonic Boom Attack in Minecraft