Home Game Guides How Many Levels Are in Special Agent CyberDuck 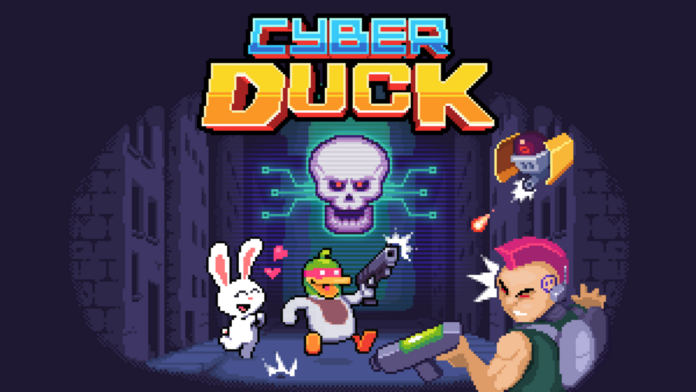 Developed by lukasinspace, Cyber Duck is a puzzle platform game that is all about Special Agent Cyber Duck and his friends who battle it out against a ton of enemies in a futuristic cyberpunk world to defeat God-Bot and his minions. The game consists of several different Areas, each with its own unique art style, enemies, and obstacles.

Every area is further split into levels and you will need to complete all the levels in an area to proceed to the next area. Every area in the game ends with a Boss fight. But how many levels are there in Special Agent CyberDuck?

How Many Levels Are in Special Agent CyberDuck?

CyberDuck has a total of four different areas, namely Downtown, Hive Slums, Industrial Wasteland, and Launch Facility. Every area has a total of 20 levels, which means that there are a total of 80 levels in Special Agent CyberDuck.

The very first area in the game is Downtown (levels 1-20) and it has both open areas and tight urban tunnels. This area is the home to the Street Thug Militia, loyal minions of GODBOT. Upon reaching the last level, you will be pitted against a Boss Fight with Thugator.

The second area is Hive Slums (levels 21 – 40) and is inside the slum tenement base of the Thug Militia. This area has rotating obstacles and tight connecting airducts and will see Thugator make a return to seek vengeance.

The third area is Industrial Wasteland (levels 41 – 60) which has been taken over by GODBOT, who is using the factories to manufacture killer drones. You will need to destroy the final Installation to advance to the next area.

The fourth and last area is the Launch Facility (levels 61 – 80). Here you will need to defeat GODBOT once and for all as he plans to launch himself into space where he will be outside CyberDuck’s reach. Defeat GODBOT to win the game.

How Many Levels Are in Special Agent CyberDuck