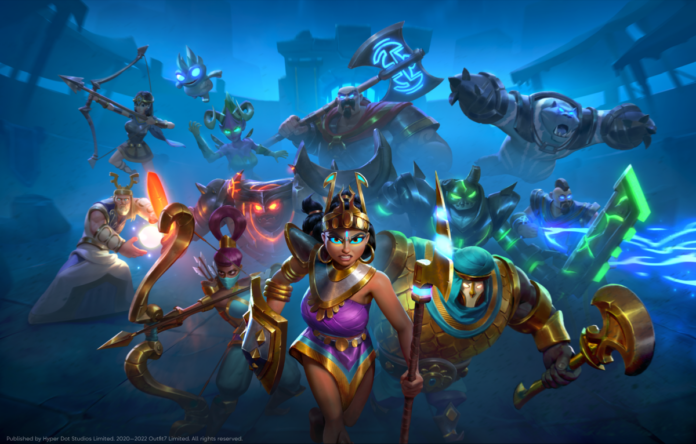 Outfit7, the developer behind the immensely popular Talking Tom series, has announced that its latest game, Mythic Legends,.has just entered pre-registration for Android users ahead of its release next month.

The upcoming strategy game, which will be published by Hyper Dot Studios, has until now only been available in limited soft launch territories where it has earned high praise among players for its huge roster of collectible characters, impressive character animations, and fast-paced, auto chess style battles.

Mixing together the most exciting features of current auto-chess, strategy, and RPG games, Mythic Legends promises to offer players a unique hybrid experience that’ll appeal to both veteran and new strategy players alike. The object of the game is simple: to assemble a team of beastmasters, knights, sorcerers, and other mythical beings, and throw them into battle with other players in a quest to climb the leaderboards.

Whilst a lot of auto-chess titles attempt to add their own twists on what’s become a very popular formula, Outfit7 has aimed to do much more than that, with the company’s CEO, Xinyu Qian, stating that “Mythic Legends is going to open up a brand new world of action and adventure for players…it’s doing things that no other game is doing, and all in such an exciting, compelling way that’s easy to learn, but hard to master.”

Both iOS and Android players will get to try Mythic Legends for themselves first-hand when it officially launches next month. Until then, Android users can pre-register for Mythic Legends right now the Google Play and earn themselves a Mythic Booster Pack once the game is officially released.