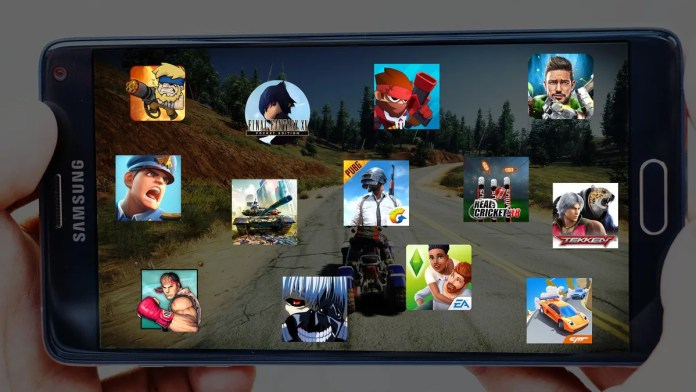 It’s 4/20 day, yet again! In commemoration of 4/20 day this year, we’re looking back at the month of April and listing some of the best games to play today!

Bringing up the rear is Guns Up! Mobile. This game is a mobile version of the original Guns Up! game that was an action-strategy title originally made for PlayStation and PC. But as of March 2022, Guns Up! Mobile was finally released on Android and iOS devices, bringing the fun to your fingertips…for free!

The game features explosive gameplay, good-looking visuals, and a bunch of different PvP and PvE game modes as well.

Coming up at number 4 on the list is Metroland. If any of you have played the classic Subway Surfer, you should be familiar with Metroland. This game is a new endless runner from Kiloo, the developer studio behind Subway Surfers, one of the most popular mobile games ever created.

This game takes the endless runner theme from Subway Surfer and revamps it a step further by making it look much more futuristic. Metroland also adds a story and many other elements to make it a “new take on endless runners,” as per their statement. The developers have planned to let this game span many regions, with Tokyo being the first location released so far.

At number 3, we have T3 Arena. For players familiar with Blizzard’s Overwatch, T3 Arena should be very familiar to them. This game is a pretty cool 3v3 shooter game with casual elements to it as well, none of which make the gameplay any less challenging, however.

With vibrant graphics and a plethora of heroes with unique weapons and special powers, the combination of gameplay elements in T3 Arena is endless. However, the one downside to this game that prevents it from being any higher on the list is the fact that it is still in early access. Despite that, it is completely free to play.

Currently, the game is only available on TapTap, purely for Android devices. However, there are definitely plans for a future iOS release for which pre-ordering has begun!

Most of the gameplay elements from the previous Hitman Sniper game have been retained while adding some new features. One of the big ones is the addition of a multiplayer component, allowing players to compete with other aspiring Hitman players. In addition to that, the developers have also added more maps, newer challenges, and a bunch of fun stuff that players are free to check out…for free!

Our number one pick on this list, making its triumphant return to the scene, is the classic Angry Birds game from 2012 that kicked off the whole franchise, launching it into legendary status!

The classic version of the game comes with 400+ levels, all of the nostalgic birds from the first game, along with a Might Eagle thrown in for good measure, all for a one-time payment of $0.99! If you’ve ever enjoyed the old Angry Birds and grew up with it, now’s your chance to get all of the memories back! And if you’re a new player, why not see what started it all? We guarantee fun times to be had for everyone!

Now if you’ll excuse us, we will be getting back to knocking out some egg-stealing swine with our incensed avian warriors.