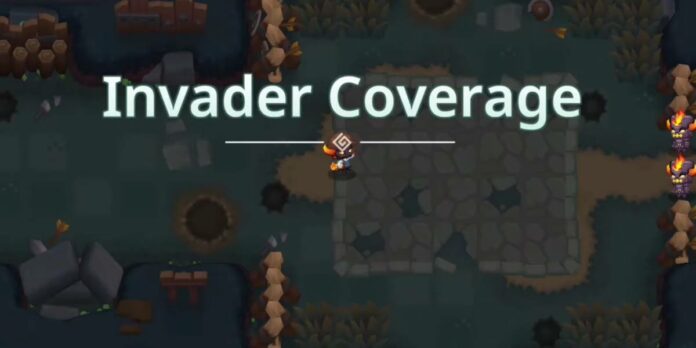 Invader Coverage is a brand-new short story in Guardian Tales. This story follows the efforts of an intrepid journalist going behind enemy lines to expose the truth. The location is Heavenhold, the encampment occupied by the 13th Order’s Purification Institution. That’s a name to run away from if we’ve ever heard one! Today, we’ll show you everything you need to know about this new short story in our Guardian Tales: Invader Coverage guide!

How to Start Invader Coverage

The Invader Coverage short story unlocks after you’ve completed stage 10-3. This short story is a little different from your usual affair—instead of fighting your way through hordes of enemies, you’ll have to be discreet and sneak around Heavenhold without being detected.

You are armed with nothing but a camera, and your main objective is to explore Heavenhold looking for good scoops for your article. Take a picture of anything that’s marked with a camera icon, as you’ll need to get all of them to progress through the stage.

Enemies now have red vision cones in front of them. Entering any enemy’s line of sight will alert them, sending you back to the last checkpoint. You’ll need to use the environment to your advantage, so duck behind walls, hide behind big enemies, and so forth.

Related | How Does Training Room Work in Guardian Tales?

The guards will run off, so enter the encampment. Watch out for the patrolling guards, then grab the bombs and blow open the wooden walls to grab the two puzzle pieces, taking a picture in the process.

Head south into the new room. There are stationary guards here with two patrolling big guards. You’ll need to walk side by side with the big guards to avoid being seen by the stationary guards. Grab the two puzzle pieces and the first star piece. Alternatively, you can also just blow up the guards with bombs if it’s too tricky.

Head down into the jail and snap a picture of the prisoners, then grab the two puzzle pieces. Head east into a room with a bunch of big blocks. You’ll need to push them out of the way to gain access to the bombs on the east side of the room. Blow up the bottom big rock to get the second star piece.

Head north and wait behind the block for a bit, and eventually the guard will leave the room. Talk to the girl, and choose, “Your sister is looking for you.”

Leave through the new path, and you’ll find yourself in a new area. Take the jump pad behind the house and grab the two puzzle pieces. Wait a few seconds, and a guard will run off with some soup. You’re clear to leave to the west.

You’re back at the central encampment, where you blew the walls up. Talk to the blonde girl in the cage and give her the letter from the little sister, and you’ll be given the third star piece. Head up north after you’re done.

Grab the two puzzle pieces, and you’ll see the guard with soup from before. Wait a few seconds, and you’ll see him leave through the east. Head up north, then head to the west, avoiding the two guards.

You’ll be in a large area with tons of patrolling guards. You need to grab the unlit torch in the middle of the area and bring it up to the north. In this new area, throw the torch and the lit torches to light it, and then snap a photo of the big purple rock in the middle. Grab the three puzzle pieces, pick up the lit torch, and head east.

Head back to the east to run along the encampment walls. At the split, head north, and eventually you’ll see two civilians cornered by two guards. Take your camera out to get a better look, and watch the scene unfold. Get ready to snap a photo, then head up north and destroy the barrels to reveal the fifth star piece.

Return to the split and head south this time. Follow the walls, grabbing the two puzzle pieces along the way. Jump off the wall at the end, and you’ll find yourself near the center of the encampment again. Head back east to where you found the giant soup pot, and you can take a photo of the guard with soup from earlier feeding one of the prisoners.

Now, return to the area with the large number of guards patrolling around with the unlit torch in the center. Instead of going north this time, go west, and you’ll find a frightened guard. Talk to him, and other guards will arrive, so quickly head up the stairs on the left and get ready to snap a photo. The guards will be slaughtered, and the stone blocks will drop, so quickly flee the scene!

You can now head to your objective marker, which will take you to the house with the priest in it. Go inside and try to take a picture of the shadow, then leave. You can answer the questions however you like. After the cutscene, the stone block to the east will drop, allowing you to escape the area.

You’ll be back at your home, where you’ll gather all the pictures you took to write an article about Heavenhold. After you examine the photos, you’ll have to choose between two narratives to write, giving either a good or bad look to the 13th Order. Your answers for the photos determines what ending you get:

And that concludes the Invader Coverage short story. If you have any other tips or questions, let us know in the comments below! 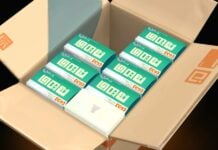 How to Get a White Box in Guardian Tales 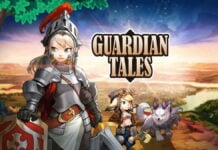 How Does Training Room Work in Guardian Tales? 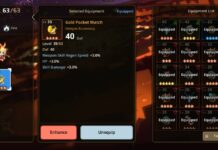