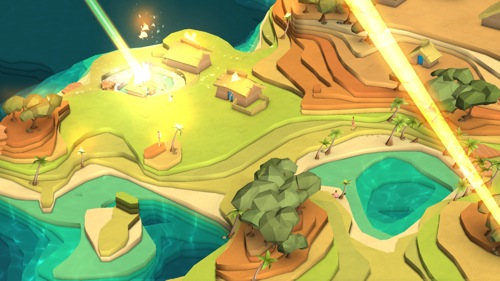 Godus, the highly anticipated god game from 22 Cans and Peter Molyneux has finally been launched and it proves that being a God is not that easy. However, after countless hours of playing and trying different strategies, we are here to share with you the Top 10 Godus cheats, tips and strategies that will keep your civilization growing and the Astari will become nothing but a lost memory.

We have already shared some Godus tips here, but now it’s time to go more in depth with some really hot stuff for advanced players. Here are the 10 best Godus tips, cheats and strategies:

1. The time lapse cheat
The easiest and fastest way to progress is to simply set your time ahead. Just go to your settings and set the time forward by a couple of hours (or as much as you need). When you get back, you will have new belief to collect, farms and mines ready and you will even find that some chests with stickers of gems have appeared on your land. Rinse and repeat! [UPDATE] According to numerous reports, this no longer works.

2. Build on the same level
The secret to easily create big settlements is to have your huts and abodes built on the same level. This means that you will have to work a little bit to remove the high layers (and spend a ton of belief), but in the end, it will be totally worth it. Also, creating huge areas of land of the same level will guarantee you the best possible level of Abode or Hut and therefore the maximum increase in population.

3. Build as many homes as soon as possible
The more you advance through the game, the more resources you will need in order to build up your population. At first, for example, you need nothing but space and that is when you should build as many homes as possible in order to increase your population to maximum levels and not have to worry about resources. Try to unlock as many cards as possible – you will work on them later, based on what you want to unlock first.

4. How to keep your citizens happy vs the Astari
Happiness in Godus is one of the biggest problems because your people always seem to get down, while the Astari are incredibly happy at all times. If your people are less happier than the Astari during a festival, you will lose some Followers to them (usually from the same settlement, putting a huge dent in your expanding plans).Fortunately, there are a few ways to keep your citizens happy: by using God Powers. The first power that you will have will be the God Seed which allows you to plant trees in order to increase population. Plant trees just before an Astari festival is about to start, and just enough for your Followes to be above the Astari (don’t overspend, because each seed will cost you more and the price will become too high very soon). Later on, use the Rain of Purity and Beautify to get similar results.

You can also interfere with the happiness of the Astari, by raining down on the Meteor Showers and Swamps and Fingers of God or by simply destroying them: remove layers from below them until they fall in the water and drown!

5. The Free Diamonds cheat/glitch
I have fully detailed this method of getting a ton of easy diamonds here, but to put it short, you have to do the following: place a couple Swamps in the Astari temple, which will kill them all. You don’t have to worry about happiness anymore, so instead send your Followes into the Temple of Doom as often as possible to get those nice diamonds! (NOTE: The Temple of Doom is at the moment just “Temple” in the iOS version and it doesn’t work yet. Hopefully this will fixed in an upcoming update. This cheat still works for PC versions.)

6. Check for new chests regularly
Chests with new Stickers and even diamonds get respawned regularly on the lands, so every time you log back in to the game after a longer break, you should check out the map and see if new ones appeared. There will be situations in which they will be spawned in areas where you can’t reach them (buried between your houses, for example), but most times you will just get easy to access chests with free treasure for you!

7. Unlock the cards the way you want to
Not all the cards are as important as the others. For example, the x3 Stronger Sculpting will do you more harm than good in my opinion, so don’t hurry to unlock it because it will make sculpting a lot more difficult. Instead, focus on unlocking the cards that matter the most: Finger of God, Swamps and so on.There are actually a ton of cards there and very few stickers, so you have to plan ahead nicely.

8. How to always win the Sailing mini games
The Sailing mini game offers a great way to keep you entertained and win some stickers at the same time. There are also usually events that reward you if you can complete an archipelago in a given amount of time. Here is how to easily beat all mini games:

– never send more Followers than you need to save. If you lose, you lose them all. And so far (I am at level 10 Azure) there was no island where I had to sacrifice Followers in order to win.
– plan ahead all your moves. Look at the island, see what you have to do, see where the obstacles are and plan a way to avoid them. There are some islands where obstacles will be spawned as you play, but generally it’s pretty straightforward
– Block paths. This is the easiest way to stop your followers fro choosing the bad direction. Block their path and quickly create an alternative one. Be fast, be smart!
– don’t speed up reinforcements. You will lose every now and then, but you should not speed up your reinforcements. Instead, keep the Gems for better stuff, like buying Fountains to boost happiness.

9. Know what type of land gives you the best huts
Remember tip #2? This goes well hand in hand with it, but it’s even more advanced: see what type of landscape gives you the best Abode (early on it will probably be the beach), and build on there. Destroy the houses using the Finger of God, get the extra layers and build new houses there. It’s a good idea to do this after you’ve dealt with the Astari, though…

10. Build settlements over settlements
A risky move if the Astari are still there because it can set you back quite a bit, but a nice move overall: whenever you are building new settlements, make sure to include and older settlement in the circle. This way, you will optimize space and get more followers AND more space for new houses, mining or farming.

So these would be our top 10 Godus cheats and tips to win the game like a Pro. If you have other suggestions, let us know. If not, don’t forget to share this guide – it’s probably the most complete you’ll ever read! 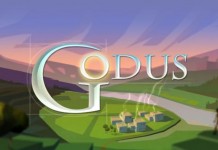 Godus: How to Get Diamonds Free & Easy 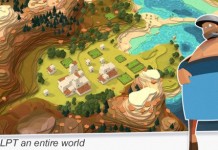 Godus Cheats: Tips & Ultimate Strategy Guide for the Gods Out There