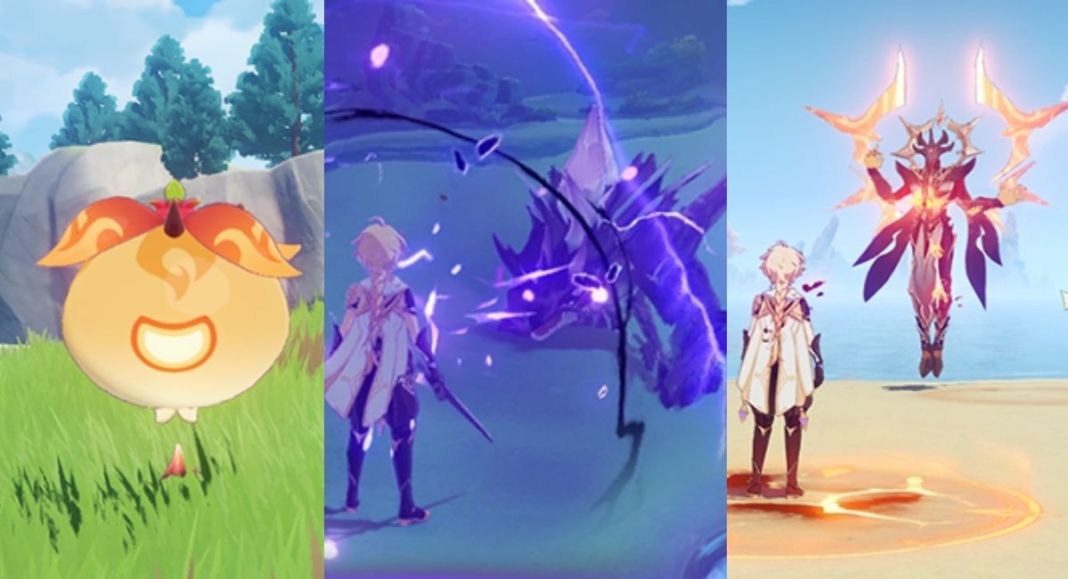 Genshin Impact 2.3 update “Shadow Amidst Snowstorms” is currently live, and the community is busy enjoying adventures in Dragonspine—right? We know most of you hate the sheer cold, though the new event and sub-events bring a lot of nuanced content to the table. And there’s more to come in the upcoming updates.

Genshin Impact 2.4 leaks are all around the internet. Among many, we have new leaks from data-miner and leaker Blank that share the first look at some of the new enemies coming with the version 2.4 update.

We have eight new leaked images showcasing seven new enemies that are supposed to get added to Genshin Impact with the version 2.4 update.

Among the eight leaked images of new enemies, we have three that showcase three new types of Specters. From aesthetics, the new Specters are Electro, Cryo, and Dendro.

Similar to the new Specter-type enemies, we have new versions of Geovishaps called Deep Sea Geovishaps making their way to Genshin Impact in the version 2.4 update.

The leaked images suggest the addition of an Electro, Hydro, and Cryo Deep Sea Geovishaps. And they will also have the ability somewhat similar to that of an Abyss Herald, increasing/blocking Elemental Burst.

Yup, we also have a leaked image of a Pyro Abyss Herald that we may see in Genshin Impact 2.4 update’s Spiral Abyss.