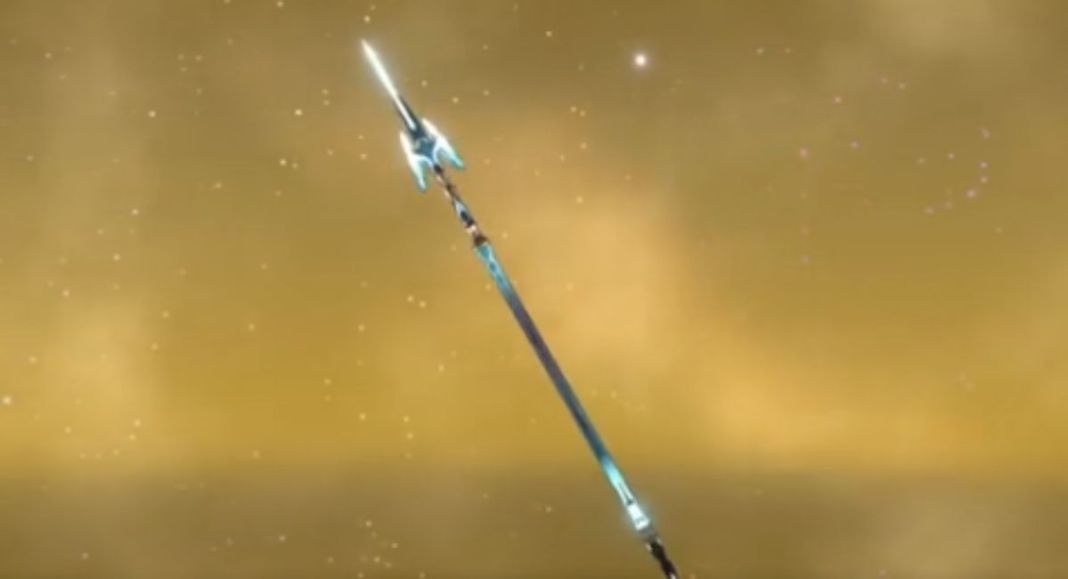 Last month, Genshin Impact leaker and data-miner BLANK leaked a new weapon codename Santika. In the leak, he shared a ten seconds 3D rendered video that gave us a close look at the weapon.

Santika is a Polearm weapon that shares a similarity to Overwatch’s Staff of Mercy, the Caduceus staff. It has been around two weeks since the initial leaks, and now we finally know the name of the new leaked weapon.

Santika’s base ATK is at 49, and its secondary stat bonus increases ATK%. Its weapon skill is called Extinguishing Percept and here is what it does:

“Gain 12% All Elemental DMG Bonus. Obtain Consummation for the 20s after using an Elemental Skill, causing ATK to increase by 3.2% per second.”

“This ATK increase can stack 6 times. When the character equipped with this weapon is not on the field, Consummation’s ATK increase is doubled.”