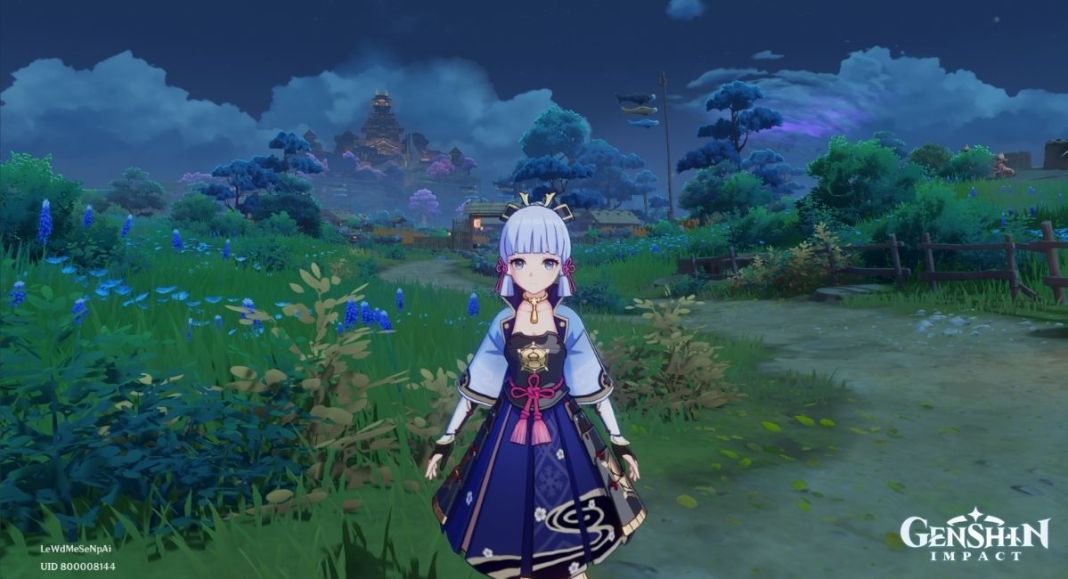 While exploring Genshin Impact’s Inazuma region’s Jinren Island, players come across a person locked behind a cage. Upon freeing him, players get a world quest called The Farmer’s Treasure. In this quest, you have to look for four old stone slates which are key to a treasure on Jinren Island. The major section of the quest has no waypoint or search area given. In the wake of that, completing The Farmer’s Treasure quest is a daunting task for many players.

In this Genshin Impact guide, we will walk you through every step of The Farmer’s Treasure quest.

Here is a complete guide on the Farmer’s Treasure.

The key to the cage is found on the tallest tree. Near to the locked NPC.

Once you free the NPC, you will come to know that he is Saimon Jirou, the missing person from Konda village. Jirou will ask you to find four old stone slates.

There are a total of four stone slates that players need to progress the Farmer’s Treasure world quest. Each stone slate is hidden in a location that can only be accessed by either completing a world quest or by solving a puzzle.

The first old stone slate is found inside the Konda village well. In the same room where you find the rust-worn key. However, as you know, at the beginning the well is locked and can only be accessed once players have reached the end of A Strange Story in the Konda world quest.

The water well is found behind the Konda village chief’s house. From there you can access the underground area and get the first old stone.

The second old stone slate is located at the coast, near Kamisato Estate.

This old stone slate is the easiest ones to get as you don’t have to complete any quest or solve any puzzles.

The third and fourth old slates are the hardest ones to get. They are found in the underneath area flooded with water. Players have to solve the Araumi puzzle, enter the area and then solve mechanism-related puzzles to clear the water halfway through.

The third old stone slate is found in the second mechanism puzzle room. The same mechanism puzzle, which you solve to access the teleport waypoint near the Perpetual Mechanical Array boss.

The fourth old stone slate is found near a broken boat, located right in front of the teleport waypoint near the Perpetual Mechanical Array boss.

Once players have found all 4 Old Stone Slates, the Farmer’s Treasure quest will appear in the journal.

Report back to Saimon Jirou

Go back to Jinren Island and talk to Saimon Jirou. He will ask you to look for a fifth stone slate.

Go to the marked location and dig the ground for the fifth stone slate. You won’t find any, because, Saimon Jirou just fooled you.

When you go back to Saimon Jirou to confront him about his lie, you find him captured, once again. The Bandit leader will tell you about how Jirou scammed them and all that. Once you have exhausted their dialogues, defeat the Bandits and the Fatui.

Free Jirou and he will give you the key to the treasury.

Inside the treasury, you have to place the four old stone slates.

Now solve the stone slate puzzle. It is easy, just walk on the stone slates to lit them up. Make sure, you don’t walk on a slate twice, and make sure to cover all the slates.

Viola, there is no treasure. Only mushrooms, carrots, and other food ingredients.

Report back to Saimon Katsumi in Konda Village

Go back to Konda VIllage and talk to Saimon Katsumi. After a series of dialogues with Jirou and Katsumi. Players will complete the Farmer’s Treasure quest.

The reward for completing the quest is none other than the newly added free four-star sword Amenoma Kageuchi.

That’s all for now. If you are facing any difficulty in completing the Farmer’s Treasure quest. Or, with any other puzzle or quest, check out our guides section or comment it down below.