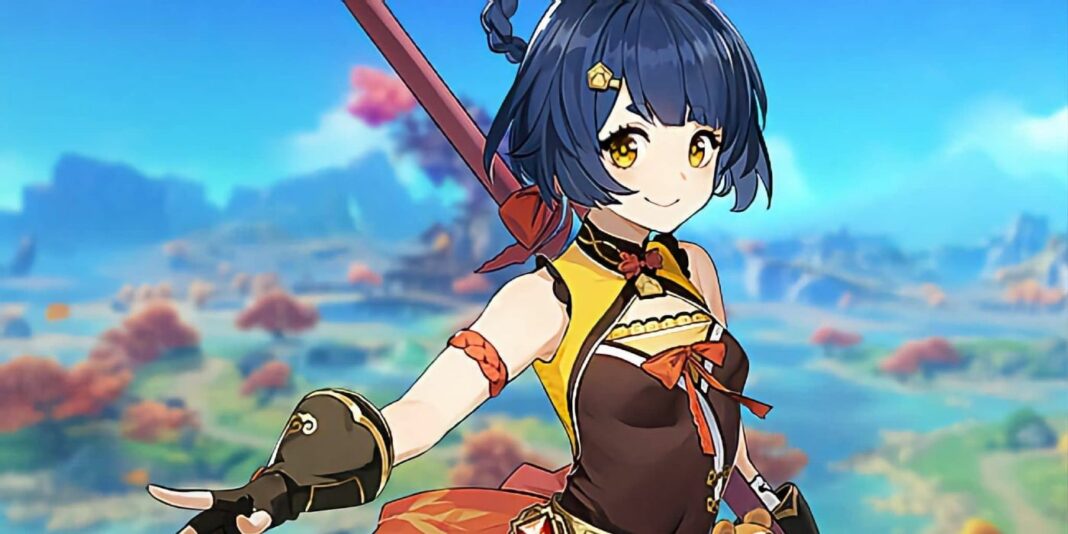 Xiangling is a four-star Pyro-Polearm user in Genshin Impact that has the potential to become a great DPS character. In this Xiangling build guide, we will share the best weapons and artifacts for her after Genshin Impact 1.5 update.

Here are the weapons and artifacts that will help you in creating the best Xiangling build.

While selecting a weapon for Xiangling, you have to pay attention to which stat you are missing the most. Even after equipping artifacts.

Depending on that, you can select the below weapons.

If you are lacking energy recharge after equipping artifacts. Then these weapons are for you. But if your energy recharge is good, then for Burst DPS build or Phy DPS build go for the Primordial Jade Winged Spear, Crescent Pike or Deathmatch.

Here are some of the best artifacts for Xiangling.

Players can use four pieces of Crimson Witch set on Xiangling if they want to use her as Pyro DPS.

If combined with Bloodstained Chivalry, players can achieve Phy DPS build for Xiangling.

Players can use four pieces of Noblesse Oblige set on Xiangling if they want to use her as support and as a decent Burst DPS. But, if you combine it with Crimson witch you can get an optimal Burst DPS build.

For Pyro Burst DPS build go with below artifacts.

For Phy DPS build go with below artifacts.