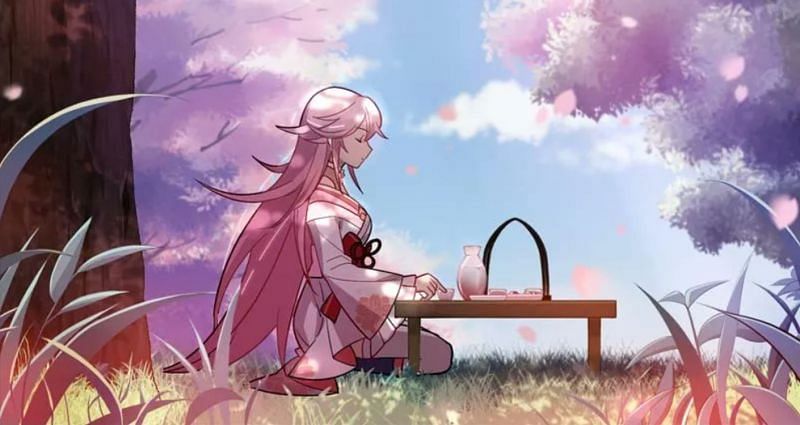 Yoimiya is an upcoming five-star playable character in Genshin Impact. She is a shrine maiden in the Inazuma region of Teyvat. Ayaka describes her as a rather mischievous person. Her character model is based on a teenage girl and her outfit is described as somewhat revealing.

Well, this is not new for Genshin Impact. We already have our Gothic nun Rosaria from Mondstadt. So Yoimiya’s character model description can be true. With that being said, let us check out other leaked details on Yoimiya.

Yoimiya’s element and weapon of choice

According to the leaks, Yoimiya is a Pyro element user and her weapon of choice is a bow.

There is not much details to share when it comes to Yoimiya’s elemental abilities. Few leaks suggest, she can infuse her shots with Pyro element. Which is a very basic description.

She is a shrine maiden and in her lore, Ayaka mentions her lighting fireworks, making a mess and all that. So, vaguely you can expect her abilities to be related to fireworks.

We will update this section when there is an official information on her abilities, or, if there any leak or data-mined information.

We will update this article as we get new details on Yoimiya.