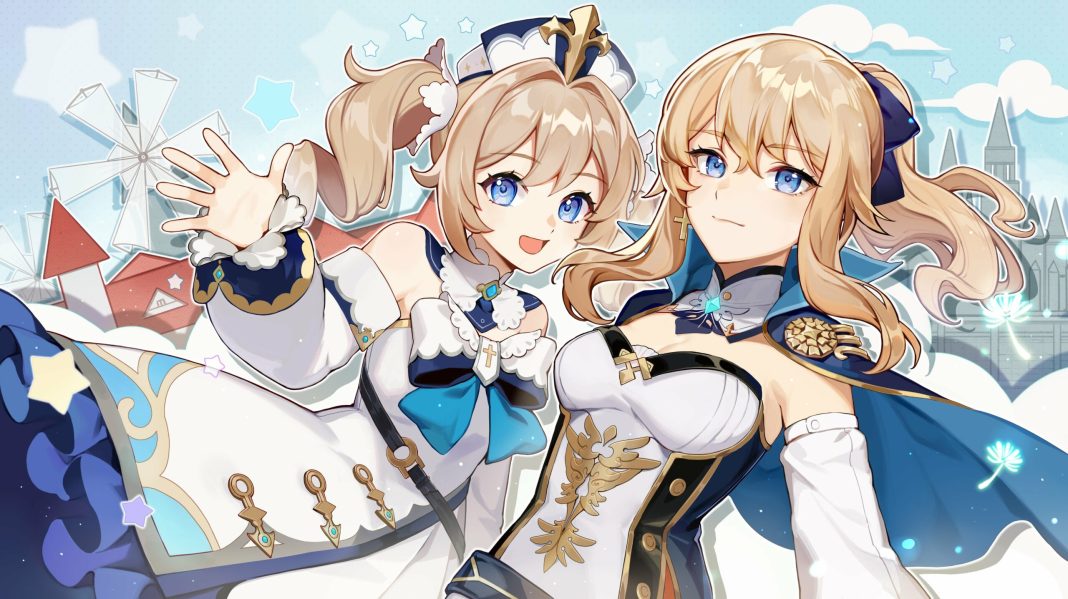 Genshin Impact 1.6 update leaks suggest we may see skins/costumes in the game soon, starting with Jean’s “Sea Breeze” and Barbara’s “Summertime Sparkle” costumes. In a recent development on the Genshin Impact skins, we learned that the new costume system is getting introduced in Genshin Impact by none other than Klee’s mother, Alice.

In a recent data-mining of Genshin Impact audio files, Project Celestia found new dialogues from Klee’s mother Alice. Moreover, in his findings, he noticed that the character Alice was not under an NPC tag, instead, under the name “Alice” itself. Moreover, there are also mentions of costumes in the audio data.

If you know about Alice, you can relate to why she is best suited to introduce skins/costumes in Genshin Impact.

Among the many professions and line of work, Alice is also the author of Teyvat Travel Guides. She is a free-spirited person who travels all across Teyvat introducing new culture and other similar things to people. Reading the Teyvat travel guides, people can see how little constraint she shows in her travels.

FYI, Alice is the same person who put the idea of being an Idol in Barbara’s mind. So, introducing costumes in Genshin Impact is no big deal for her. As it comes under her forte.

For now, there is no official and much-leaked information on whether players will get to meet Alice in person or not. But, we do know that she is going to play a vital role in the introduction of skins/costumes in Genshin Impact.

Related | How to Get Dream Solvent in Genshin Impact

If we have to speculate, we will say that it is due time, players meet Alice. We are supposedly getting a Klee re-run banner with Genshin Impact 1.6 update and Alice mother to Klee, being physically introduced in the game is not a far-fetched thing.

We are closely following Genshin Impact skins/costumes leaks, we will update this article is there any new development regarding the aforementioned topics.