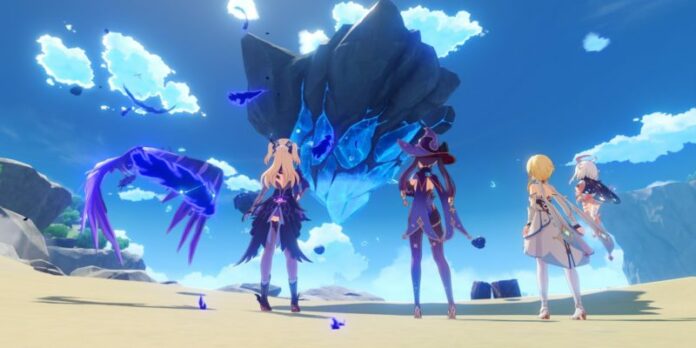 Genshin Impact’s Unreconciled Stars event’s phase 3 started on November 23, 2020. It is the third and final phase of the long-running event. It is also the phase where players can complete the final objectives for Prinzessin’s Pact passive quest that rewards players with a 4-star character, Fischl.

Alike other phases, players have to complete a quest before they can move forward with the Fallen Star Challenge. Also, for those of you who don’t know, the fallen star challenge is a little different and creative version of the Meteorite gathering quest that we did in phase 2 of the Unreconciled Stars event.

How to Start Star of Destiny event and Fallen Star Challenge?

The Star of Destiny event is available/unlocked starting November 23, 2020. To unlock the Fallen Star Challenge in Genshin Impact, players must first complete the quest “What the Skies Conceal, the Water Reveals”. Here is how you can complete the quest without any problem.

Hoping you are done with the pre-requisite quests and all that. Now is time to move forward with the fallen star challenge. In this challenge, players are supposed to submit celestial energy in midst of a small skirmish.

The Fallen Star Challenge in Genshin Impact can be played with friends or random people via matchmaking, i.e Co-op, or you can go solo. We suggest you do this quest in co-op mode as it comes with its own benefits.

Before, mentioning the pros of the doing the fallen star challenge in co-op mode. Let us talk about the contents and major jargons of this challenge. In the Fallen Star challenge players are granted two random buffs. These are:

Related | Genshin Impact: How To Get Fischl For Free

Getting free buffs in Genshin Impact means the challenge is not that easy. We have learned this from our past experience in the Spiral Abyss. Similarly here, once players start the Fallen Star challenge they encounter on of the three below mentioned anomalies.

Now, that you are aware of what buffs you will get and what kind of anomalies you might face during this challenge. We suggest you complete it in co-op mode as each online player will be given a buff and all can utilize it at the same time. Secondly, it is easier to deal with enemies and submit celestial energy if you are playing the challenge in co-op mode.