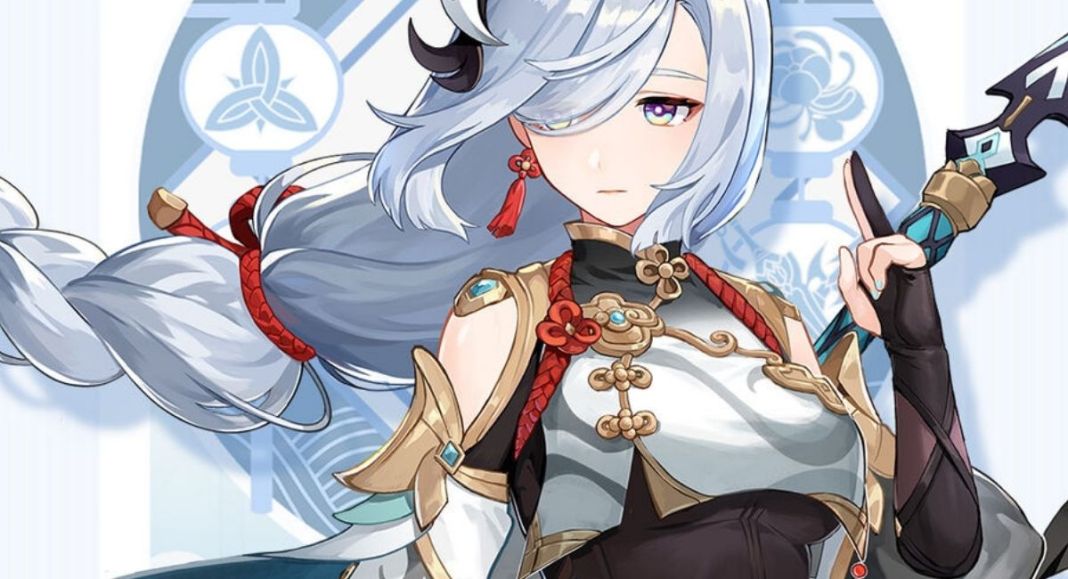 Shenhe is one of the upcoming playable characters of Genshin Impact who is planned for version 2.4 release.

In this Genshin Impact character guide, we will talk about Shenhe’s lore, element, rarity, weapon, and other details.

There is no official information on Shenhe’s rarity. Though, we do have reliable leaks that suggest Shenhe be a five-star unit.

In any case, we will update this article if the leaks are wrong.

Shenhe is one of the students of the Adepti, Cloud Retainer. She comes from a branch family of a clan of exorcists. Seeing her white hair, you may say that Shenhe’s family is a branch of Chongyun’s clan. Though, that is yet to be confirmed.

According to her lore, Shenhe was taken as a disciple by Cloud Retainer because of some unknown reason.

Both Shenhe and Cloud Retainer have a unique understanding of one another.

Meanwhile, Cloud Retainer has described Shenhe as “One has traversed many realms and taken a great many pupils. Among them, Shenhe bears the closest resemblance to oneself.”