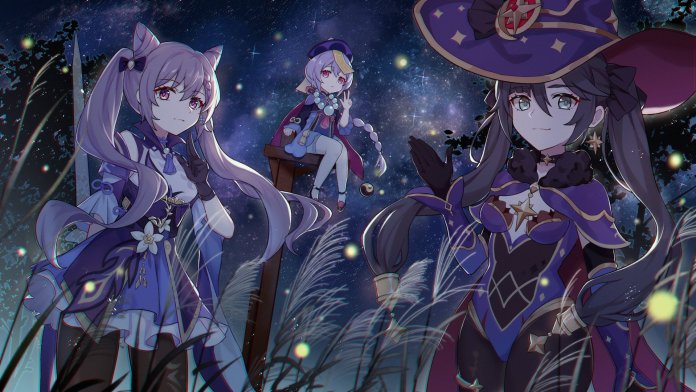 Disclaimer: This list is based on overall community opinion and our own in-game experience. Keep in mind that, In Genshin Impact, most of the playable characters can become best when equipped with a suitable set of artifacts, weapons and by unlocking constellations. Furthermore, to keep this tier list simple, we are considering characters with 0 constellation and no artifacts.

In Genshin Impact, S Tier characters are the ones whose elemental skill and burst attacks are strongest in the entire game. Moreover, the S tier characters are masters of their designated roles whether we talk about DPS, Healer or Support. Also, the characters in this tier have special kind of attacks that players can use to explore the open world of Teyvat or the mysterious and challenging domains.

When we were selecting characters to put them into different tiers according to our own experience. We also looked for a variety of community-based tier lists and more. And, Genshin.gg’s(a fan-made website) tier list was close to our own. Therefore we are moving forward with their tier list while adding our changes to it. So, here is the list of characters that we consider as S Tier.

When it comes to selecting A tier playable characters in Genshin Impact, many people will have a hard time. Because more than 40% of the available characters can become A tier if equipped with a good set of artifacts.

So, this tier list is not influenced by any particular artifact set, weapons or any such thing. Now, moving forward with our tier list, when it comes to A tier characters in Genshin Impact we think playable characters like Chongyun and Ninnguan are good overall fit.

Note: As we said earlier, we do find Genshin.gg’s tier list close to ours but, we don’t agree with all the characters tier placements.

When it comes to solo evaluation characters like Barbara and Xingqiu may come in the B tier list. But, when we consider healing, support, elemental reactions and a few buffs these characters give. They easily fit in between A and B tier or even in A-tier.

Suggestion: We highly recommend Sucrose to players who were unable to unlock Venti. Because, after investing a few resources and unlocking a few constellations(easy if you use Klee’s banner) Sucrose can act as mini Venti.

The D tier list in Genshin Impact is a very precious one and, for that, we have included one of the most not-loved characters “Amber” in this tier. Later, when players level up Amber, she can act as a pretty good DPS character. However, the existence of Fischl is what makes amber one of the most unused characters.