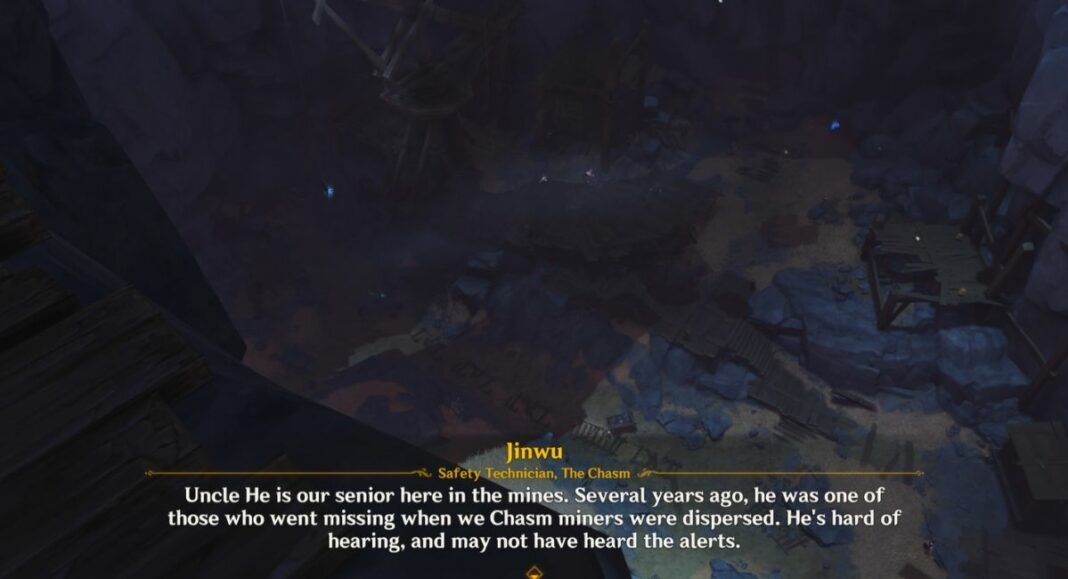 During the Chasm Spelunkers world quest of Genshin Impact, when players arrive at the Underground Mines with the two NPCs Jinwu and Zhiqiong, Jinwu asks the players to look for her uncle He—a senior who went missing when The Chasm miners were dispersed.

Since players are not told about what they have to investigate all what exactly they have to do during this section of the Chasm Spelunkers world quest, many players find it hard to progress.

To help such players out, we prepared a handy guide on how players can complete the Look for clues as to Uncle He’s whereabouts section of the Chasm Spelunkers world quest in Genshin Impact.

During the Look for clues as to Uncle He’s whereabouts section of the Chasm Spelunkers world quest, players have to find and read three Diary Fragments that share what happened to Jinwu’s uncle He.

The first clue is on the crate located left of the Oozing Concretion and Dark Mud.

The second clue is near the Polearm rack found at the entrance of the Miners’ camp.

The last clue is found on the wooden shelf in the other Miner Camp.

Once you investigate all three clues, you will complete this Look for clues as to Uncle He’s whereabouts section of Chasm Spelunkers’ world quest.