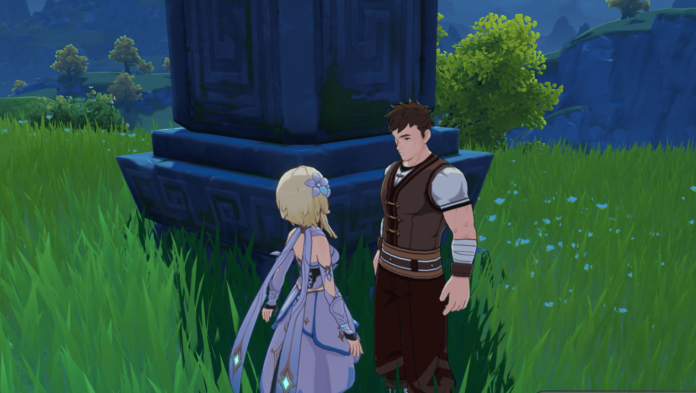 Genshin Impact offers a plethora of world quests that players get while exploring the picturesque open world of Teyvat. And among the many world quests, there is one called Iron Ingot meets Ziwei that was recently added in the game with the Lantern Rite event.

Related | How to craft Xiao Lantern in Genshin Impact

In this Genshin Impact world quest, players are asked to find suitable viewing spots and take pictures. After that, they are tasked to bring grilled tiger fish or almond tofu, and after a few exchanges of dialogues, the quest ends.

While this seems an easy quest, there are many players who aren’t wary of the location from where they get this quest. Moreover, players are also confused as they don’t know how to take pictures in Genshin Impact, as the Kamera gadget is not working anymore. Whilst some players are having difficulty in getting almond tofu, or the almonds required to make almond tofu.

In the wake of all the problems faced by players while trying to complete the Iron Ingot meets Ziwei world quest in Genshin Impact. We have prepared an in-depth guide that will walk you through all the different phases of the world quest. And, at the end of the article, you will have all your answers and you can easily complete the quest.

To get the world quest Iron Ingot meets Ziwei we recommend players to directly visit the Statue of Seven near Dunyu Ruins, Liyue.

After that talk to Iron Ingot and exhaust his dialogue options. He will give players Iron Ingot meets Ziwei world quest.

The first part of the Iron Ingot meets Ziwei world quest requires players to visit two suitable viewing locations and then take a picture. We have a separate guide on that and we have linked it below check it out if you don’t know how to take a picture and move forward with the quest.

In the next part of Genshin Impact’s Iron Ingot meets Ziwei world quest, players are asked to bring either a grilled tiger fish or almond tofu back to Iron Ingot.

Where to get Grilled Tiger Fish in Genshin Impact

Players can purchase the grilled tiger fish from the fast-food shop located on the left of Liyue general store(Dongsheng’s store). The location of the store is shown below.

Where to get Almond Tofu in Genshin Impact

Now, assuming that players have the Almond Tofu recipe, they need milk, sugar, and almonds to cook Almond Tofu in Genshin Impact. All these can be bought from Liyue General Store.

Once you have the required items, go to Wanmin Restaurant and cook almond tofu. You can use any cooking station. But, if you have just bought almonds from Dongsheng then Wanmin restaurant has the nearest cooking station.

Return Back to Iron Ingot and Complete the Quest

Go back to Iron Ingot and give him the Almond Tofu or the Grilled Tiger Fish, it depends on whatever option you chose before. After that Iron Ingot will ask you to meet with Ziwei – his love interest.

Talk to her and Iron Ingot will come and try to take her on a date to release Xiao lanterns. But the poor lad is rejected as Ziwei is busy with her work. And, with that players complete the word quest – Iron Ingot meets Ziwei. 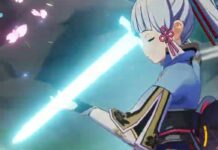 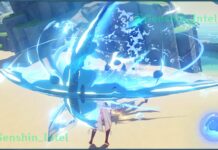 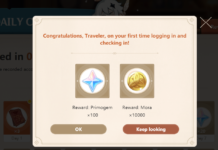