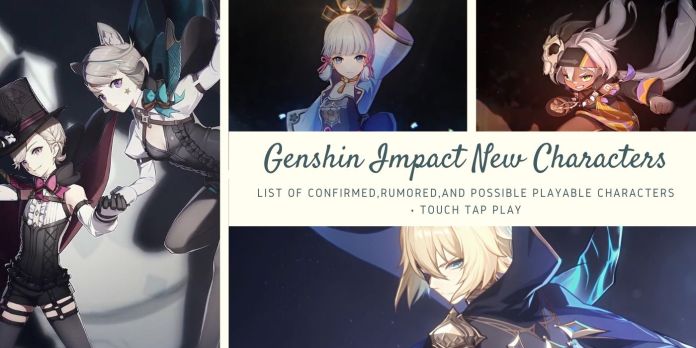 Being a gacha-based action roleplaying game, Genshin Impact offers a wide variety of fully voiced playable characters with different abilities, backgrounds, affiliations, etc. As we know, miHoYo is quite known for creating some of the best anime-styled characters in mobile gaming, a good example can be seen from their past game, Honkai Impact 3rd(still gets new characters and updates). The Legacy has moved forward with Genshin Impact, as each and every playable character have their own character story and background – which is further complemented by the talented and famous voice actors.

Related | Genshin Impact: How to complete Five Flushes of Fortune Event for the Blue Creatures

So, to make things easier and help the Genshin Impact community keep track of all new and possible characters coming to the game, we have come up with a list that shares names and affiliations of possible upcoming Genshin Impact characters.

Here is a list that includes the names of Genshin Impact new playable characters that are confirmed to arrive in future updates.

In this list, we mention Genshin Impact characters that appear in the game’s story, lore. They may or may not come in the game as playable characters. However, with the significance they have in Genshin Impact’s story we may see them in the near future.