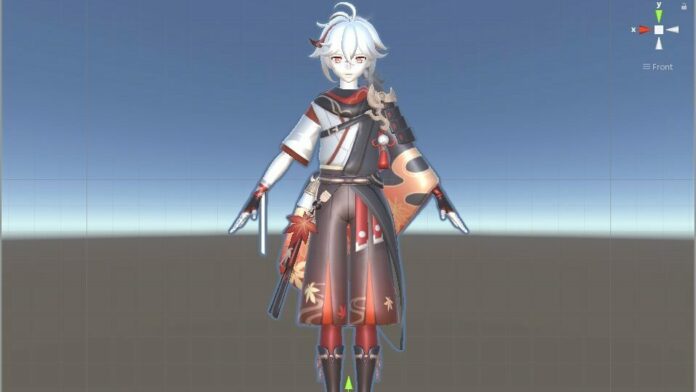 Being one of the critically acclaimed gacha-based role-playing games of the year 2020, Genshin Impact offers a profusion of uniquely crafted characters. Furthermore, each and every character in Genshin Impact have their own back story, affiliation, element(vision), the region where they belong to, weapon of choice, etc.

Kazuha is an Anemo user from the Inazuma Region of Genshin Impact – with sword as the weapon of choice.

As of now, Kazuha is not yet introduced in Genshin Impact’s story. Though with the recent Genshin Impact version 1.2 update, one of the previously leaked characters Rosaria was featured in Albedo’s quest.

For players who don’t know – Rosaria is a four-star Cryo user whose weapon of choice is a polearm. She is also a “Nun” at Mondstadt cathedral.

For now, we are only aware of Kazuha’s weapon of choice, his vision, region and how his character model looks. There is no official or leaked information on Kazuha’s rarity, elemental skill or burst attacks, etc.

We will update this page once we get new information on Kazuha.