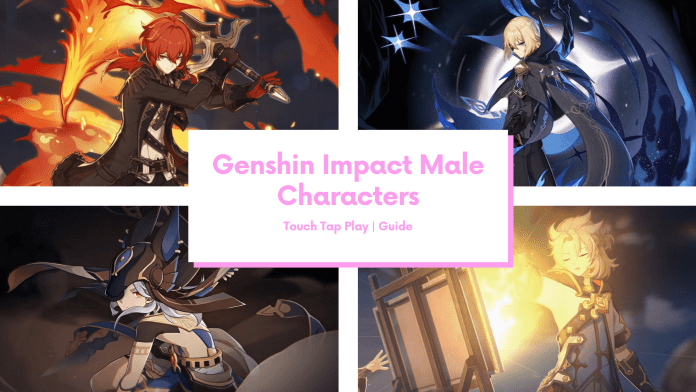 Being an open-world gacha-based roleplaying game, Genshin Impact offers a surfeit amount of playable and non-playable characters unique in terms of region, affiliation, vision, character model design, voice acting, etc. Genshin Impact is quite known in the gaming and anime community because of its character design – which follows Anime aesthetics.

Genshin Impact’s character list is diverse – you can find both male and female characters in almost equal proportion. Also, both have their own fan base, as some prefer performing gacha rolls for their favorite waifus. Meanwhile, some prefer to roll for husbandos.

Note: The list has been updated on January 1, 2023. New male playable characters have been added to the list.

If we missed mentioning any of the major male characters, you can share it, in the comment below.