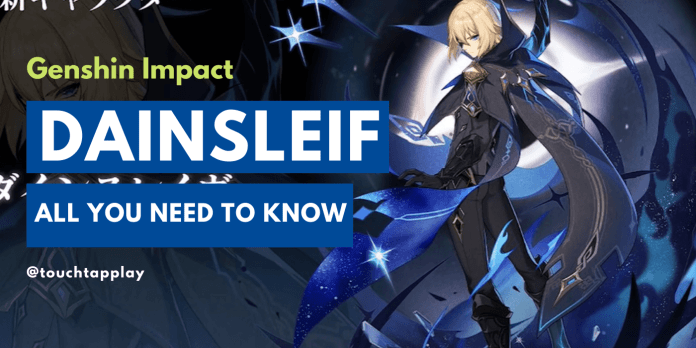 Kaeya and Dainsleif are from Khaenri’ah an underground realm that focused on The Art of Khemia – a form of alchemy based on the creation of life. The entire realm of Khaenri’ah was cursed and the people there became monsters, probably Abyss Mages, Hilichurls, etc.

There are many people in the Genshin Impact community who compare Dainsleif with Aether(the Traveller). We have gone through many of the fan-made theories, though the best one is from a Youtuber who goes by the name YamashiP. He thinks Dainsleif is actually Aether from the future. Here’s the original video where he shares his thoughts on this topic.

We may not totally agree with Mr. YamashiP on the topic that Dainsleif is Aether. But, he does share some good similarities between the two characters. Here is the reason why we think Dainsleif is not Aether.

Why Dainsleif is not Aether from Future

Dainsleif and Kaeya are from the same place, and that point alone makes the entire “Dainsleif is Aether” theory pointless. As we know, the traveler – Aether and Lumine are from a different world/dimension. While the region of Khaenri’ah exists in the same world as Teyvat – just not in the continent of Teyvat.

The Grand Master of Knights of Favonius Arundolyn led an expedition to kill the monsters that came from Khaenri’ah. This again supports the fact that Khaenri’ah exists in the same world as Teyvat.

So, comparing the current lore of Genshin Impact with the fan theories creates some big plot holes, and we don’t think Dainsleif is actually Aether. But, if that is the case – Genshin Impact might have a darker story than we actually thought.