Home Game Guides Genshin Impact: How to Get The Unforged 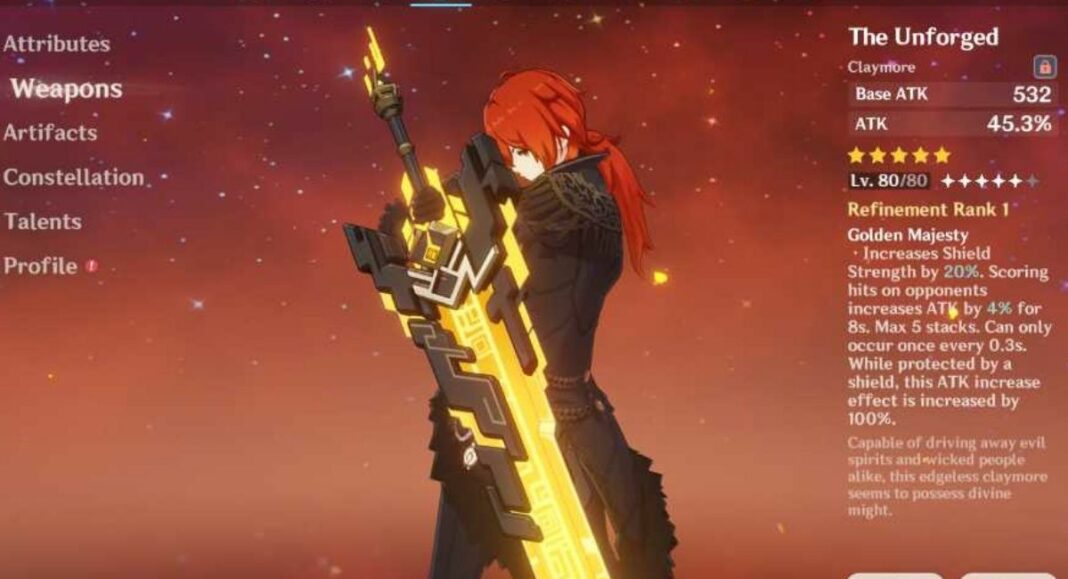 The Unforged is one of the five-star weapons from the Liyue Series in Genshin Impact. It is a claymore weapon that offers high ATK value. And not only that, but it also increases the shield strength of the wielder and raises their ATK% by a decent amount.

It is a great weapon for players who have Claymore users alongside characters that generate shields—in their party.

Related | How to Get The Catch Polearm in Genshin Impact

In this Genshin Impact guide, we will talk about how players can get The Unforged claymore.

How to Get The Unforged

The Unforged is a limited edition banner weapon that players can get from the Epitome Invocation banner. Since it is not available in the general pool of five-star weapons, players have to wait till The Unforged gets a re-run.

How to Get Weapons from Epitome Invocation Banner

How to get weapons from the Epitome Invocation banner is a very basic question that new players ask because they are not well versed in the game. The answer is simple, you have to perform wishes on the Epitome Invocation/Weapon’s banner to have a chance to draw featured or regular pool weapons.

How to Perform Wishes?

You can perform wishes using –

The Unforged Stats and Weapon Skill

Here is a detailed look at The Unforged weapon stats.