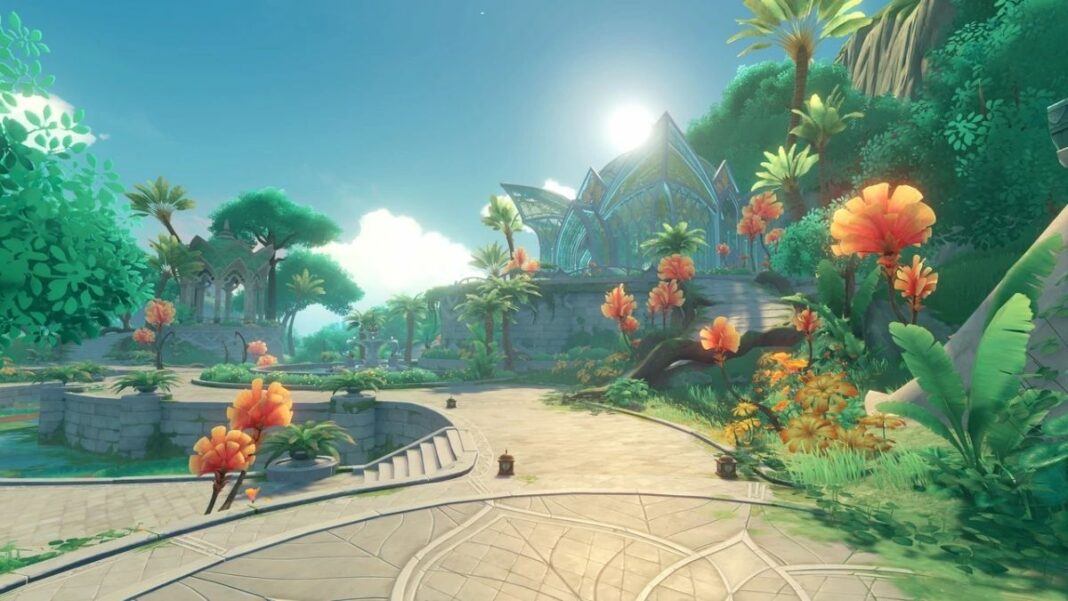 Genshin Impact 3.0 “The Morn a Thousand Roses Brings” update is finally live. And with that, all new Domains, bosses, artifacts, quests, and other things. Among the new additions, we have this new domain called Fragment of Childhood that is hard to locate and unlock. Seeing that, we prepared a handy guide that explains how to find and unlock the Fragment of Childhood domain in Genshin Impact.

Related | Genshin Impact Tighnari Special Dish and How to Make It

Where to Find Fragment of Childhood Domain in Genshin Impact

The Fragment of Childhood domain is located west of Yazadaha Pool in the Sumeru region of Teyvat. You can reach its location via the nearby Statue of Seven. However, to actually reach the domain, you have to solve some puzzles.

Related | Genshin Impact: How to Prepare for Version 3.0 Sumeru Update

Teleport to the Statue of Seven found north of Pardis Dahaya. From there, head towards the west till you reach a waterfall. Jump down while facing the waterfall. You will see two Ruin Sentinels near a sealed mechanism. Kill them to release the seal. After that, activate the mechanism and follow the Seelie.

It will lead you to a cave. There! You must use Dendro attack on the nearby Dendrograna Tree covered with vines. Doing so will bloom the vines and make the Dendrograna tree interactable.

Now use the Dendrograna to break the nearby rocks with Spiral emblems on them to uncover Dendro Monuments.

Assuming you followed the above directions, you will unlock the nearby mechanism. Interact with it to unflood the area. Head down and defeat all enemies to unlock the round gate.

Follow the path till you reach the Fragment of Childhood domain.

How to Unlock Fragment of Childhood Domain

You can unlock the Fragment of Childhood domain in Genshin Impact by hitting the floating Dendro object with charged attacks while having Dendrograna on you. Attack three times to unlock the Domain gates.

Genshin Impact: How to Find and Unlock Fragment of Childhood Domain | Domain Location and Unlock Guide