Home Game Guides Genshin Impact: Examine the Mechanism and Open the Gate to the Secret... 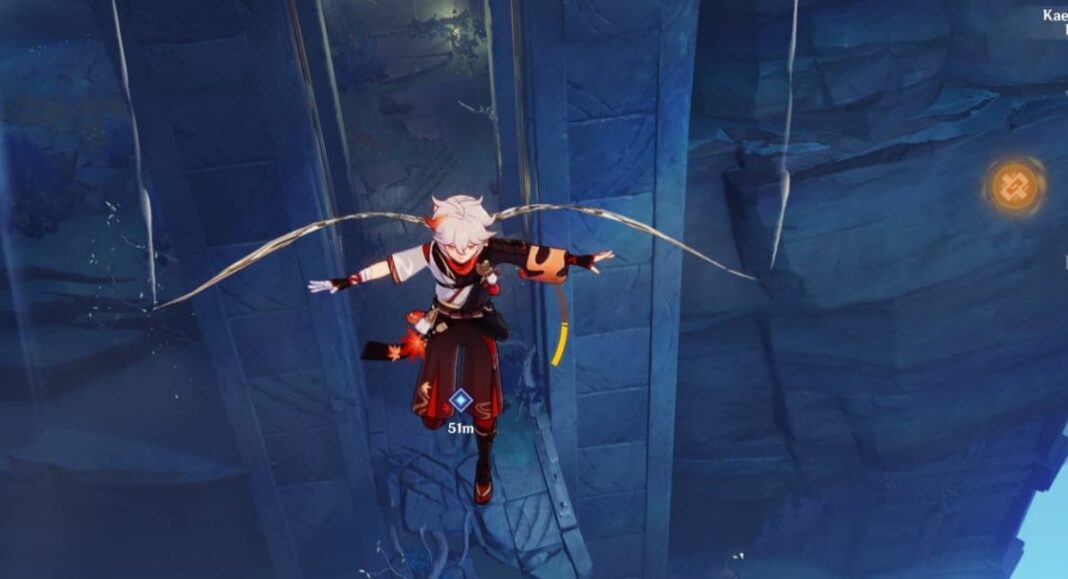 The Subterranean Trials of Drake and Serpent is a world quest in Genshin Impact that players can take on and progress once they have unlocked Enkanomiya, added with the Genshin Impact 2.4 “Fleeting Colors in Flight” update.

Related | Genshin Impact: Investigate the Rear of the Library and Solve the Puzzle – The Subterranean Trials of Drake and Serpent

It is the main quest that introduces you to Bathysmal Vishap Herd boss. A battle with the Abyss Herald Fathomless Flame while explaining the story behind Enkanomiya and its lost civilization—who were nothing but ancestors of people of Watatsumi.

The Subterranean Trials of Drake and Serpent world quest is consisting of many sections, all with puzzles that many players find hard to tackle. This not only halts the game progress. But it also keeps you away from experiencing the new content.

One such quest is The Trail of Drake and Serpent. Upon completing this quest, you will receive one of the three fragments that you need to complete the second trial.

Though, during the quest, you get to a section where you have to examine a mechanism and open the gate to a secret room to get the fragment.

Examine the Mechanism and Open the Gate to the Secret Room

In this section of The Trail of Drake and Serpent world quest, you will find two mechanisms on the wall, a Triangular mechanism and a Day-Night mechanism to switch between Whitenight and Evernight.

There are steel cages that stop the path to the secret room. What you have to do is activate the mechanism on the left pillar. Doing so will open the leftmost cage.

Once that is done, you have to switch to Whitenight and then activate the Triangular mechanism three times to rotate the wall and block the leftmost cage.

After that is done, you can use the other mechanism to open the cage near the stairs.

Now the path to the secret room is right in front of you. Navigate through, engage in a short skirmish and open the Exquisite Chest to get the fragment.

Genshin Impact: Examine the Mechanism and Open the Gate to the Secret Room – The Trail of Drake and Serpent